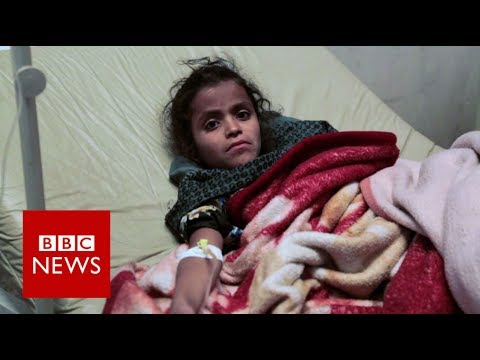 “It is time for parties to the conflict to prioritize the boys and girls of Yemen and put an end to the fighting,” said UNICEF official Geert Cappelaere.

Nearly 600 fatalities have already occurred among a total of 70,000 cholera cases in Yemen. Now, the United Nations Children’s Fund, UNICEF, has warned that the situation, already deemed as critical, is on the cusp of turning into a catastrophe.
Following his visit to the war-torn country, UNICEF Regional Director Geert Cappelaere stated, “Cholera is spreading incredibly fast in Yemen,” adding that the “number of suspected cases is expected to reach 130,000 within the next two weeks.”

Common Dreams reported that Cappelaere had witnessed harrowing scenes while in Yemen. These included visits to children who were barely alive and tiny babies weighing less than two kilos who were fighting for their lives at one of the handful of operating hospitals in the country.

Ironically, Cappelaere stated “they are the lucky ones. Countless children around Yemen die every day in silence from causes that can easily be prevented or treated like cholera, diarrhea or malnutrition.”

He reiterated that cholera is not the type of disease that needs a permit to cross borders or checkpoints, hinting to the fact that the disease may spread to other parts of the region. He also noted that cholera doesn’t “differentiate between areas of political control.”

Despite working in precarious conditions, health care workers in Yemen have been working around the clock to stave off the deaths resulting from cholera.

Meanwhile, UNICEF has been soliciting and collaborating with partners to respond to the epidemic which hit Yemen almost a month ago. In doing so, the organization has been able to provide safe drinking water to over 1 million people throughout Yemen and deliver over 40 tons of medical equipment, including medicine, oral rehydration salts, intravenous fluids and diarrhea disease kits.

However, Cappelaere has made the case clear that it’s not enough.

Though calling for greater international cooperation, he stressed that “most importantly, it is time for parties to the conflict to prioritize the boys and girls of Yemen and put an end to the fighting through a peaceful political agreement. This is the ultimate way to save the lives of children in Yemen, and to help them thrive.”

As if a cholera epidemic weren’t enough, Yemen, facing a two-year-long war of aggression led by Saudi Arabia and financed by the United States, is also suffering from famine. In one form or another, some 19 million people of its 28 million population are in need of humanitarian aid.

Adding insult to injury, less than half of the country’s health facilities are functioning.

In April, U.N. Secretary General Antonio Guterres appealed for a total of US$2.1 billion in aid to avoid the “starving of an entire generation” in Yemen. The request was made at the commencement of a donor session conference in Geneva.

“On average, a child under the age of five dies of preventable causes in Yemen every 10 minutes,” said Guterres, adding that, “this means 50 children in Yemen will die during today’s conference and all of those deaths could have been prevented.”

Even if aid is provided, getting assistance to the Yemeni people amid the war-torn country may prove to be a serious challenge. It has been reported that the Saudi-led coalition had previously targeted the country’s main port of Hodeidah, obstructing attempts to import much needed food, medical and fuel supplies.