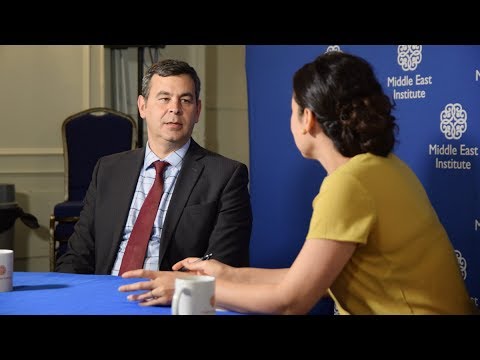 Ludwig Schulz looks at how scientific analysis can help counter President Erdoğan’s fake narrative of Turkey’s thriving democracy and why the European Union should reconsider its policy towards EU accession countries.

In his official message for Europe Day on 9 May 2017, Turkish President Recep Tayyip Erdoğan stated that his country “which has been a part of Europe historically, geographically and culturally for centuries, desires to maintain its EU accession process, which it regards as a strategic goal”. After months of fierce hostilities towards Europe, allegations of Nazi-like oppression against Turks and Muslims in Germany and the Netherlands, and threatening that Turkey may leave its path to joining the European Union, Erdoğan’s recent statement is surprising, to say the least.

But the Turkish president went even further. On a state visit to India in April, he claimed that Turkey would in fact have the right to gain EU membership today rather than tomorrow: “What country was kept waiting for 54 years? What is the reason? There is no reason. We have fulfilled the Copenhagen Criteria fully and economically we are doing much better than many of the member states.”

The European public largely ignored Mr. Erdoğan’s statements and obviously false claims. However, this reaction means misunderstanding the intentions the president and his followers in the ruling Justice and Development Party (AKP) and in the Turkish media have when uttering such statements. By painting in bright colours an image of Turkey that has been on a clear path towards democracy since the AKP assumed power over 15 years ago and is thus entitled to claim membership to the EU, they are trying to construct a fake narrative of the country’s current state of affairs.

“AKP has worked to make Turkey a country where the conditions for democratic life are put in place,” a current AKP information brochure says. It is all about establishing a ‘New Turkey’ which is strong and free and where President Erdoğan and his party have installed democracy leading the country towards a bright future.

Since 2012, democratic quality in Turkey is deteriorating

But the image that the AKP leadership wants to plant in the hearts and minds of the people is detached from reality. Indeed, an assessment based on data provided by the Bertelsmann Stiftung’s Transformation Index (BTI) taints the Turkish government’s rosy picture.

Although Turkey has been on a path of political transformation towards democracy and a liberal market economy since 2005, when EU negotiations started, the country never reached the levels of former accession countries and today’s newest EU member states such as Romania, Bulgaria, and Croatia.

Moreover, Turkey’s democratic quality actually has been declining since its ‘heyday’ between 2009 and 2012. During that period, the government introduced major reforms to strengthen the rule of law and an independent judiciary, foster human and minority rights, and integrate more citizens into policy making. As the 2016 BTI Turkey report shows, especially the rule of law, freedom of expression and assembly, and consensus building mechanisms to counter polarisation in politics and society have deteriorated tremendously in Turkey since 2012.

Since spring 2015, the situation has worsened even further: the conflict between the Turkish state and alleged supporters of the Kurdistan Workers’ party (PKK) has escalated and against the backdrop of the averted military coup in July 2016 a state of emergency was declared which was followed by the massive purge of putsch supporters and oppositional groups.

In the BTI’s latest assessment of 129 developing and transition countries Turkey remains in the group of ‘defective democracies’ together with nations such as India, South Africa, and Argentina, as well as other EU accession countries such as Macedonia, Serbia, Montenegro, and Albania. Both in terms of democracy and economic transformation, Turkey ranks partly far behind the most recent EU members. The BTI ranking reflects accurately the many concerning news about Turkey and its increasingly authoritarian regime.

Based on scientific analysis and credible sources, information such as this can substantially counter the fake narrative of “New Turkey’s” democracy. This is urgently needed to reframe political perceptions and opinions in Turkey.

However, the deterioration of Turkish democracy is only one case in point that is prominently discussed in the European public – not only but because President Erdoğan knows how to heat emotions in European politics and to make use of anti-Turkish sentiments for domestic political purposes.

The EU should reconsider its policy towards accession countries which seem to be trapped in a vicious circle of systemic power plays, repression of liberal democracy and pluralism, and deteriorating rule of law and press freedoms. Developments similar to those in Ankara are also taking place in Skopje, Belgrade, Tirana, or Sarajevo. Europe has yet to find a new, convincing and encouraging story to tell to those nations waiting at the doorsteps for entry.

Ludwig Schulz is head of the Turkey department of the German Orient Institute Berlin and project manager at the Centre for Applied Policy Research (C.A.P.) Munich.

DISCLAIMER: All opinions in this column reflect the views of the author(s), not of EURACTIV.com PLC.