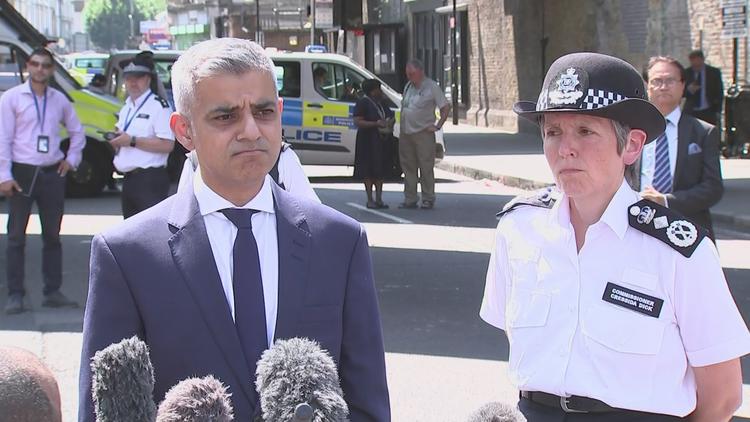 Following the attack on a group of Muslim worshippers in Finsbury Park that left one person dead and 11 injured, Londoners have once again demonstrated their strength and unity in the face of violence.

Neil Basu, deputy assistant commissioner for the Metropolitan Police and senior national coordinator for counter terrorism, commended the response of the Muslim community, who stopped the man suspected to have carried out the attack before turning him over to police. One man who apprehended the man told the BBC that the individual had said he “wanted to kill Muslims”.

The Finsbury Park attack occurred just after the murder of a teenage Muslim girl in Virginia and an attempted vehicular attack on Iraqi migrants in Sweden. There is little doubt that this incident targeted the Muslim community, and while we cannot speculate as to what exactly motivated this violence, such an incident demands that we reflect on the harm that Islamophobia can cause.

The attack took place near Finsbury Park Mosque and the Muslim Welfare House on Seven Sisters Road, north London. Finsbury Park Mosque is infamous because the violent extremist, Abu Hamza, preached there before his arrest in 2004. Since then, under new leadership, the mosque and its leaders have made outstanding contributions to the local community, which has been recognised nationally. Regardless of this recognition, parts of the press continue to demonise the mosque.

On the night of the attack, Mail Online referenced Hamza – who was sentenced to life in prison in the US in 2015 – in their headline for a report on the attack.

In 2015, in a report for Tell MAMA (the UK’s primary watchdog for anti-Muslim hate) and the Metropolitan Police, I identified a cluster of nine anti-Muslim hate crimes and incidents targeting the mosque. The misplaced association of the congregation with violent extremism continues to make the site a target for hate. In this sense, it should sadly come as no surprise that Finsbury Park has been targeted once again.

Islamophobia and anti-Muslim hatred have demonstrably increased year on year. This is evident in police data that I have reviewed from 2012 to 2014 and in reports by Tell MAMA that include data from victims, charities, and police forces across the country. Between May 2013 and September 2016, 100 mosques were targeted and attacked.

Spikes of hate tend to follow attacks perpetrated by Muslims in the UK and abroad. These dynamics are evident in research on the attacks in Paris in 2015. The three atrocities that claimed lives in Westminster, Manchester, and London Bridge have led to a major increase in anti-Muslim hate based both on police evidence and reports from Muslim communities.

These spikes are not localised and they affect Muslim communities across the country. In this sense, the way that Muslims are framed in reporting on terrorism directly harms communities by putting them in the cross-hairs of lone criminals, angry citizens, and extreme right-wing terrorists.

This attack, as the Metropolitan Police were quick to note, has all the hallmarks of a terrorist incident, and it is being investigated as such. More details about the attacker’s motivation is likely to emerge as the investigation continues.

There is a blurry line between hate crime and terrorism. And it is difficult to impute any kind of causality between far-right extremists and such an attack.

What is clear, however, is that irresponsible sensationalism and the growth of Islamophobia inspires fear, anxiety, and hate towards Muslims. A report published in May from the Home Affairs Select Committee showed that social media is an important medium for sharing and distributing these sentiments. Platforms such as Facebook and Twitter provide an environment in which cliques of users normalise and legitimate anti-Muslim ideologies.

Whether or not this incident is considered a terrorist attack should not distract us from the bigger problem: the failure of politicians and the media to effectively counter Islamophobia has caused Muslims to become targets of violence on their way home from prayer.