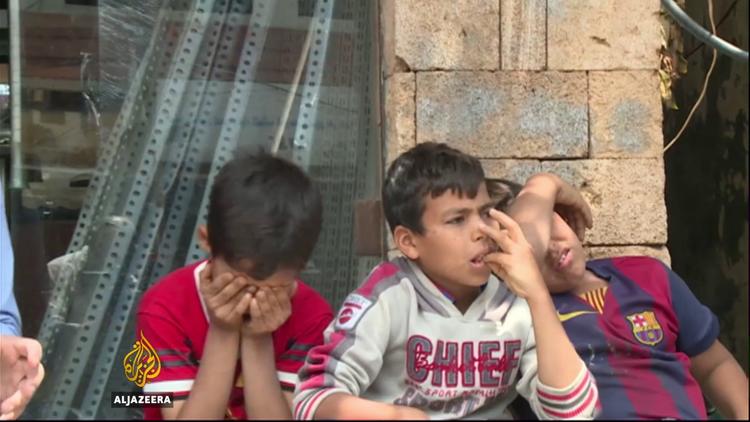 By Billie Jeanne Brownlee | (The Conversation) | – –

For Syrian refugees in Lebanon marking the Muslim holy month of Ramadan, it has been a struggle to find enough food to break their fast each evening after sunset. This is not what Ramadan and Eid al-Fitr, the festival at its end, should be about. It is a chance to give Muslims a spiritual boost, by reading the Holy Quran, avoiding malicious behaviour and contributing to charity work and donations for the less fortunate.

Yet, Syrian refugees have little respite from their daily hardships. While Beirut’s shops display every type of delicacy and restaurants offer tempting menus for iftar, the meal that breaks the daily fast for Muslims during Ramadan, Syrian refugees in Lebanon struggle to afford them.

I have spent time in Beirut carrying out research for my post-doctoral research on the politics of the refugee crisis management in Lebanon. I’ve seen despair on the faces of Syrian refugees, mixed with fatigue and a sense of helplessness. The heat of the summer season wearies them even more, particularly during the Ramadan fast. In one of Beirut’s main thoroughfares, Hamra Street, I saw a boy younger than ten years old, sitting on the edge of a sidewalk with a box of shoe creams and brushes. He had no customers, and was crying. “I’m tired, I’m tired, I can’t bear it any longer,” he muttered to himself.

Many of these refugees have been displaced since the start of the conflict in Syria more than six years ago. Some have been displaced multiple times and gone through immense trauma, living with uncertainty and facing exploitation. In 2014, the UN Commissioner for Refugees described the Syrian refugee crisis as “the biggest humanitarian emergency of our era”. Recent figures from UNHCR show that more than 11m people have been displaced – half of Syria’s population; 6.3m internally and 5m who have found refuge in neighbouring countries such as Turkey, Jordan, Lebanon and, to a lesser extent, Iraq and Egypt.

The effects of the Syrian conflict and the resulting refugee crisis have had far-reaching consequences for Lebanon and its people. A small country of 4.5m people, already hosting 450,000 Palestinian refugees and more than 6,000 Iraqi refugees, it is now struggling to cope with approximately 1.5m Syrian refugees. This makes it the country with the highest percentage of refugees worldwide. One in four people in Lebanon is a refugee.

In Lebanon, the Syrian refugee crisis is not just a crisis for those fleeing the conflict but also for the hosting communities who have experienced an upsurge in poverty and unemployment in recent years. Lebanon has faced disruptions to social services amid political crises, leading to a growing lack of confidence in central authorities and an increase in the sectarian divides that tormented the country in the dark days of the civil war between the 1970s and 1990s.

In more recent months, Lebanon has experienced a wave of anti-refugee sentiment. Syrian businesses are being shut down and some refugees have been evicted from certain areas, including 10,000 living near a military airport. Refugees in other areas face the threat of eviction. Bogus scare stories about refugees have also received media attention in Lebanon, such as one claiming there were 300,000 pregnant refugees in the country in 2017 – a figure which has been debunked.

The latest expression of this anti-refugee sentiment was an online petition aimed at the US state department and the UN calling for “Syrian refugees to leave Lebanon and return to safe zones in Syria”. The petition – signed by more than 20,000 people by late June – reflects a growing intolerance among parts of the Lebanese public who view the refugee crisis as an economic, security and demographic threat to the stability of their country.

The petition seems to forget that refugees are not escaping poverty but war. As part of my research an aid worker, employed at an international humanitarian organisation in Lebanon and with a lot of experience in refugee crises, told me:

I have never met a refugee population like the Syrians. They are so patient. Despite all that they have gone through and what they keep facing, they are incredibly patient. But patience does not last forever and when it will terminate it will have dreadful consequences for Lebanon.

In April, the Lebanese prime minister, Saad al-Hariri, said that the country had “become a big refugee camp” and was at “breaking point”. If Lebanon wants to avoid reaching a situation like that which led to its decades-long civil war, urgent action must be taken by the international community and Lebanese politicians to support both Syrian refugees and alleviate the pressure building on the communities that host them.