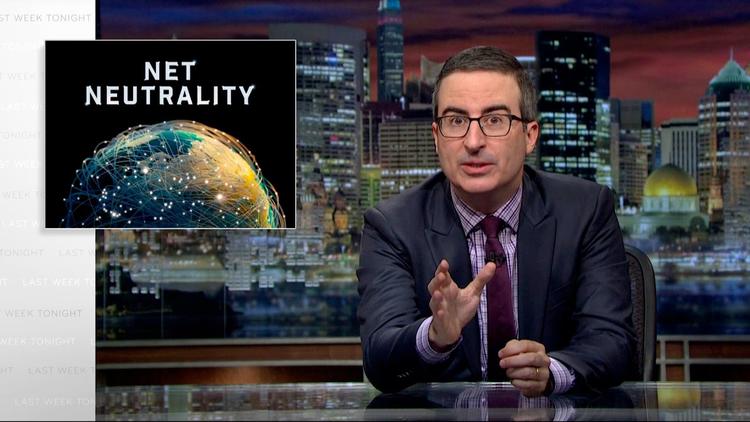 Several US senators spoke out this week on the importance of net neutrality to innovation and free speech. They are right. The Internet has become our public square, our newspaper, our megaphone. The Federal Communications Commission is trying to turn it in something more akin to commercial cable TV, and we all have to work together to stop it.

What makes the Internet revolutionary is the ability of every user to create news and culture and participate in conversations with people all across the globe. Mass consumption of entertainment products may be big business and may even help drive adoption, but it’s not new and empowering like the opportunity to participate in speech on an infinite variety of topics. As the Supreme Court recently observed, Internet platforms “can provide perhaps the most powerful mechanism available to a private citizen to make his or her voice heard.” Seven in ten American adults regularly use at least one Internet social networking service. Facebook alone has more than 1.79 billion monthly active users around the world. Twitter has over 310 million monthly active users who publish more than 500 million tweets each day. Instagram has over 600 million monthly users who upload over 95 million photos every day. Snapchat has over 100 million daily users who send and watch over 10 billion videos per day. And that’s just a small sampling of the commercial Internet platforms many of us use everyday. Millions more log into sites like Wikipedia, the Internet Archive, news outlets, government services and local libraries to access a wealth of information and culture.

Most importantly, the Internet has played an increasingly vital role in political expression and organizing. Conservative activists from around the country coalesced over various social networking platforms to form the Tea Party movement. The Black Lives Matter movement used Twitter to help spark a national conversation on racial inequality. The Standing Rock Sioux used Twitter, Facebook, Instagram, and YouTube to galvanize national support for their protests against the Dakota Access Pipeline and its threat to their drinking water. Earlier this year organizers used Facebook and Twitter to share information, plan events, and motivate participation in the Women’s March.

What does this have to do with net neutrality? Simple: all of these services depend the existence of open communications protocols that let us innovate without having to ask permission from any company or government.

The Internet was built on the simple but powerful idea that while you may need to pay a service provider for Internet access, that provider doesn’t get to shape what you access – or who has access to you. Anyone who wants to offer a new Internet service can, without paying extra fees to any provider. Users, in turn, can make their own choices about which services they want to use – including the next Twitter/Facebook/Snapchat that’s being created in someone’s basement right now.

In 2014, that powerful idea motivated millions of Internet users to band together and demand that the FCC enact clear, legally sound rules to prevent broadband providers from taking advantage of their power as gatekeepers to engage in unfair practices like paid prioritization, blocking, and other forms of data discrimination. We know that such practices could transform this extraordinary engine for civic discourse into something more like cable TV, where providers and content owners bargain over what content will be available at full speed and what will be throttled.

In 2015, the FCC answered our call and adopted the Open Internet Order to protect net neutrality. In 2016, the DC Circuit Court of Appeal upheld it – in contrast to the efforts of prior FCCs that operated on shaky legal theories. But the new FCC Chairman, Ajit Pai, wants to reverse course. He’s calling on the public to comment on whether we even need open Internet rules in the first place, and threatening to eliminate net neutrality protections altogether by dismantling the legal structure on which they depend, despite widespread public support for those protections and despite the fact that net neutrality has been the rule of the Internet from its inception, backed by a combination of legal requirements and cultural norms that are now in danger of being eliminated.

We can’t let that happen. We still have an open Internet that lets us make ourselves heard, so Let’s Make. Ourselves. Heard. The millions of Internet users who fought for Net Neutrality in 2014, and the millions more who have been mobilized in the intervening years, need to send a simple message to Chairman Pai and his backers in Congress and the Trump Administration: Don’t let big cable mess with our Internet.

SPEAK UP FOR NET NEUTRALITY