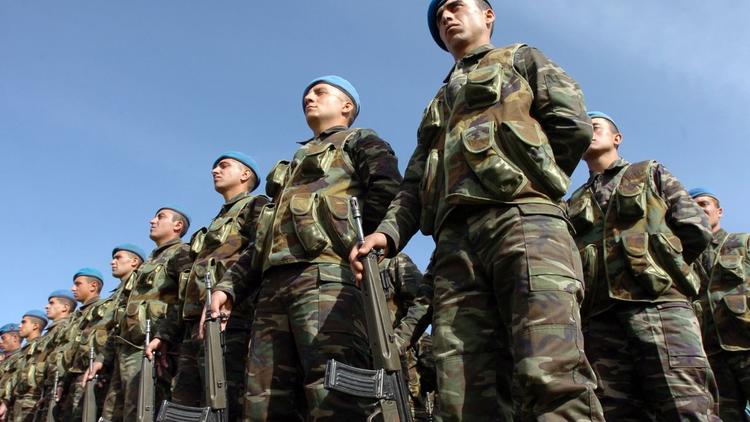 Turkey has waded into the geopolitical storm engulfing Gulf Arab states as its Parliament approved a draft bill Wednesday to expedite the deployment of troops to a Turkish military base in Qatar. The move to support its wealthy longtime ally comes as the oil-rich Qatari monarchy faces unprecedented diplomatic pressure and trade isolation from its counterparts in the Middle East led by Saudi Arabia.

The Saudis, Bahrain, the United Arab Emirates and Egypt severed relations with Qatar Monday and sealed off their airspace to commercial flights, accusing the ruling Al Thani dynasty of financing militant groups, including Hezbollah and Hamas, while “sowing discord” between members of the Gulf Cooperation Council. Qatar has adamantly denied the allegations.

Gulf states were also enraged after Doha paid up to US$1 billion to release 26 members of its royal family who had been kidnapped in Iraq by local militia Kataeb Hizbollah while on a falconry expedition in the country’s south in 2015. The ransom was paid to Iranian figures, regional Shia militias, and even radical Syrian opposition group Tahrir al-Sham, an al-Qaida affiliate that had been holding Iran-backed Shia fighters hostage, according to the Financial Times.

The alleged move — called a “crazy deal” by an Arab official — has been interpreted variously as a grave miscalculation by Doha or a deliberate stab in the back to its Arab allies, but Saudi-aligned officials have described it as Qatari funding for blacklisted Iranian and al-Qaida jihadis as well as “the straw that broke the camel’s back.”

The bill — drafted before the rift — passed with 240 votes in favor, mainly with support from the ruling Justice and Development party of President Recep Tayyip Erdogan and the opposition, Nationalist Movement party.

The move would lead to the consummation of a bilateral defense deal between the two that was agreed upon in late 2014. It entailed the initial construction of the Turkish military base in the small Gulf monarchy, but officials say up to 3,000 Turkish troops could be deployed to Qatar as part of Ankara’s program to increase its military cooperation with Doha.

The decision could place Ankara on a dangerous path of confrontation with Riyadh as Saudi Arabia seeks to punish its Gulf neighbor, but Turkish officials have protested Saudi moves while attempting to simultaneously appear neutral.

“It will not contribute to solving any problem to try and isolate in this way Qatar, which we know for sure has fought very effectively against terrorist groups,” Erdogan said.

Officials, however, have stressed that they “will not allow Qatar to be beaten up,” according to the Financial Times, which quoted an unnamed senior Turkish official.

“We feel Qatar and Saudi Arabia are very close friends and we do not want to differentiate between them and take sides,” said the senior official.

The latest game of thrones in the Arab world comes as a sequel to the 2014 spat between Riyadh and Doha, when Saudi-aligned Gulf states withdrew their ambassadors from Qatar due to Doha’s support of the Muslim Brotherhood in Egypt — a longtime target of Saudi ire — and Islamist groups from UAE to Libya and Hamas in Palestine’s Gaza Strip.

Turkey and Qatar also both supported Muslim Brotherhood-affiliated projects throughout the Arab Spring, which began in 2011. While the two allies strongly supported the brief presidency of the Brotherhood’s democratically-elected President Mohamed Morsi, the Saudis and their junior partners in Bahrain and UAE backed his overthrow by the Egyptian military, which subsequently branded the group as “terrorists.”

The crisis was only resolved after Qatar agreed, under strong Saudi pressure, to expel Muslim Brotherhood leaders from Doha. Brotherhood members eventually found sanctuary in Turkey, where they were welcomed by Erdogan.

Turkey and Qatar also enjoy relatively normal, if complicated, relations with Iran. Shiite Tehran, however, remains a foe of the Saudi ruling dynasty and its Wahhabi Arab allies in the Persian Gulf.