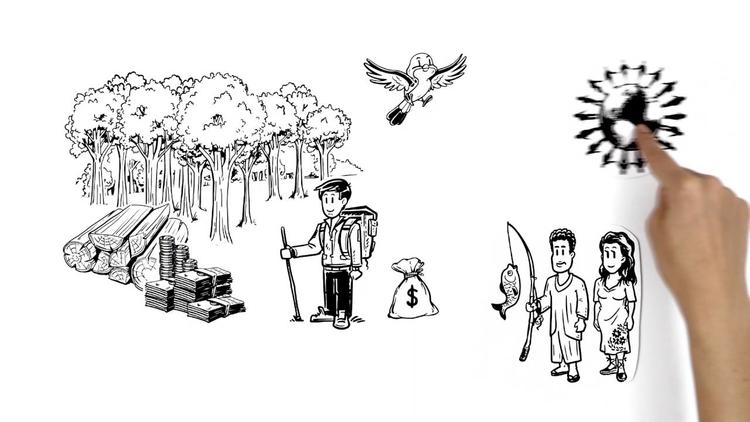 Forget the GDP, it’s time for our leaders to pay attention to metrics that matter.

Four days after President Trump announced the United States would withdraw from the Paris climate agreement, the Global Footprint Network (GFN) reported that Earth Overshoot Day 2017 will fall on August 2. Most Americans likely have no idea what that means.

The basic point is quite simple: From January 1 to August 2, the world’s 7.5 billion people will have used as much of Earth’s biological resources—or biocapacity—as the planet can regenerate in a year. During the remaining five months of 2017, our human consumption will be drawing down Earth’s reserves of fresh water, fertile soils, forests, and fisheries, and depleting its ability to regenerate these resources as well as sequester excess carbon released into the atmosphere.

The GFN methodology can also generate an ecological footprint for individual cities, states, and nations, based on the burden each generates relative to its local biocapacity. It can also compare a personal footprint generated by a distinctive lifestyle to both national and global averages.

The U.S. has a relatively abundant per capita biocapacity compared to most other nations. We are also one of the world’s highest per capita consumers. Consequently, the net outcome is a total national biocapacity deficit second only to that of China—a country with a population roughly four times ours.

Knowing that, collectively, the world is consuming far more than the planet can sustain, how do we bring ourselves into balance with Earth’s capacities? GFN outlines four critical global priorities:

Humanity’s carbon energy use accounts for 60 percent of the global ecological footprint. By GFN’s estimate, “Reducing the carbon component of the global Ecological Footprint by 50 percent would get us from consuming the resources of 1.7 Earths down to 1.2 Earths, or move the date of Overshoot Day forward by 89 days, or about three months.” That would place Overshoot Day on October 30.

“We cannot ignore population growth if we are truly committed to people having secure lives in a world of finite resources,” noted Susan Burns, GFN co-founder. She urges empowering women and assuring that every child is wanted. By GFN’s analysis, reducing the current global average family size by half a child would push back Overshoot Day by 31 days.

GFN estimates that increasing the energy efficiency of the urban built environment through measures such as efficient mass transit could advance Overshoot Day by 2 days.

If we achieved all four of these priorities, we would bring Overshoot Day to December 13 and almost be in balance with Earth’s capacity to sustain us.

There is considerable truth to the adage that we can manage only what we measure. Measure the wrong thing, and the consequences can be catastrophic.

Unfortunately, our governments currently invest heavily in reporting financial indicators, such as gross domestic product, that tell us little either about actual human well-being or our long-term viability on Earth. In measuring the right things, GFN shatters the illusions of such measures and analyses. Still, we need a clearer and more complete, and coherent reporting and analysis of the global footprint measurements than the GFN offers.

The responsibility for such statistical gathering and reporting should fall, not to a small non-profit, but rather to the United Nations and the statistical services of the world’s national governments. Producing detailed global footprint measurements, reporting, and analysis should be among the top priorities of such official agencies. That will be a far greater contribution to national and global well-being than the grossly misleading economic indicators to which they now devote the bulk of their resources.

David Korten wrote this article for YES! Magazine as part of his series of biweekly columns on “A Living Earth Economy.” David is co-founder and board chair of YES! Magazine, president of the Living Economies Forum, a member of the Club of Rome, and the author of influential books, including When Corporations Rule the World and Change the Story, Change the Future: A Living Economy for a Living Earth. His work builds on lessons from the 21 years he and his wife Fran lived and worked in Africa, Asia, and Latin America on a quest to end global poverty. Follow him on Twitter @dkorten and Facebook. As do all YES! columnists, he writes here in his personal voice.

Reprinted by permission from Yes! Magazine )