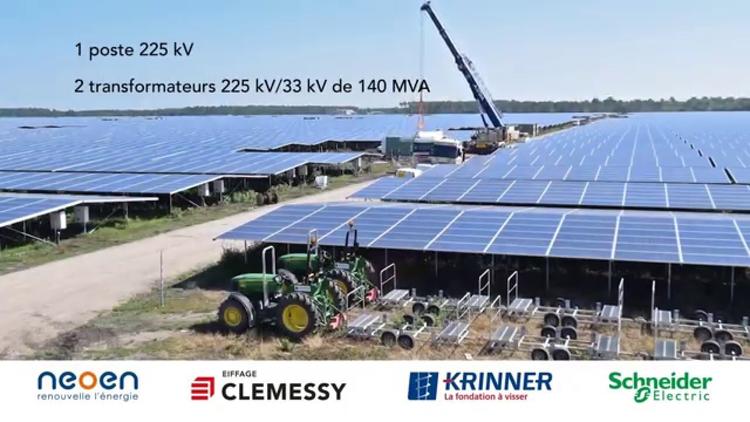 The French government wants to steal increasingly unemployed US green energy scientists, who are being systematically defunded by the Trump administration.

After Trump pulled out of the Paris accords, Macron addressed US professionals:

“To all scientists, engineers, entrepreneurs, responsible citizens who were disappointed by the decision of the president of the United States, I want to say that they will find in France a second homeland . . . I call on them: come and work here with us. To work together on concrete solutions for our climate, our environment. I can assure you, France will not give up the fight.”

At the same time, the Macron government has ambitious plans to make France a green energy powerhouse and major research hub, in hopes of capturing the trillions of dollars the renewables sector will generate. In short, who will invent the next inexpensive and efficient solar panel? The US, France or China? Whoever does will make a killing.

At the same time, French environment minister Nicolas Hulot (an actual environmentalist) announced that he France will ban any new fracking or exploration for oil, gas or coal on French soil. Now that’s what it is like to belong to a country not run by the CEO of Exxon Mobil.

France has a relatively low carbon footprint because 78% of its electricity is generated by some 58 nuclear power plants. Many of these plants are aging, however, and Macron will close a lot, reducing the nuclear share of electricity production to 50% only a few years from now (2025) Likewise, the French government hopes to see all coal plants in the country closed by 2022!

Macron and Hulot want to make up the shortfall with greater energy efficiency (many French buildings don’t have insulation), by encouraging 10% of work days to be telecommuting from home, and by making a massive push for wind and solar energy.

French wind power grew 7% last year, but the plan is for that pace to pick up substantially through government policy. It is now toward 5% of French electricity production.

France wants to build 2 gigawatts worth of small-scale solar installations.

France currently gets 11% of its electricity from renewables, but wants that proportion to be 23% by 2023– more than doubling in 5 years. France has applied to the EU to add 17 gigawatts of clean power over the next 7 years at a cost of $1.1 billion.

France is about to embark on the kind of “energy switch” Germany has long devoted itself to, with massive consequences for French society, science,engineering and the economy. The twentieth century was cruel to French military defenses, but this is a war where France will proudly be in the forefront, and winning, perhaps more than the fossil-fuel addicted US.