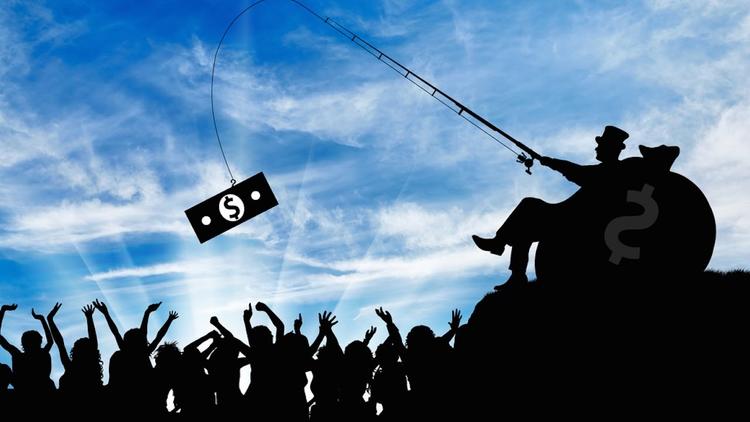 Even though the rising inequality is a global phenomenon, it is especially pronounced in the United States, the study noted.

According to a new study, the 1 percent in the U.S. will control 70 percent of the nation’s private wealth by the year 2021, according to a study by the Boston Consulting Group, a global management consulting firm.

Currently, an estimated 18 million households hold at least $1 million in assets –revealing the staggering rate at which the disparity between the rich and poor is widening.

The study also stated that an estimated 70 million people were found to control 45 percent of the world’s US$166.5 trillion in wealth, linking the skyrocketing gap to economic and political instability.

It noted that even though the rising inequality is a global phenomenon, it is especially pronounced in the United States.

A 2014 study by the National Socio-Environmental Synthesis Center warned that rising inequality could lead to an unsustainable use of resources and the “irreversible collapse” of global industrial civilization, according to Mint Press News.

Over the past 30 years, the world’s wealthiest people have occupied a growing share of the global economic pie. The combined share of the national income of the top 1 percent in the U.S. and the U.K. has doubled. The world’s 1,200 billionaires hold economic firepower that is equivalent to a third of the size of the U.S. economy, the Guardian reported.

The U.S. is significantly more unequal than most other countries, with the nation’s elite currently holding 63 percent of the private wealth, while their share of national wealth is also growing much faster than the global average.

The wealth gap has soared but without wider economic progress. Excessive levels of inequality and economic crisis have been linked to the relationship between wages and productivity. The “wage-productivity gap” offsets the natural mechanisms that are required to achieve economic balance, the Guardian reported.