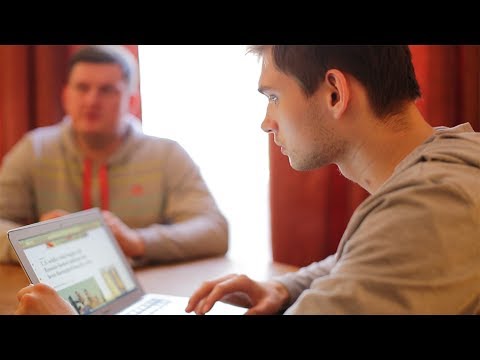 (Moscow) – Russia has introduced significant restrictions to online speech and invasive surveillance of online activity and prosecutes critics under the guise of fighting extremism, Human Rights Watch said in a report released today.

The 83-page report, “Online and On All Fronts: Russia’s Assault on Freedom of Expression,” documents Russian authorities’ stepped-up measures aimed at bringing the internet under greater state control. Since 2012, Russian authorities have unjustifiably prosecuted dozens of people for criminal offenses on the basis of social media posts, online videos, media articles, and interviews, and shut down or blocked access to hundreds of websites and web pages. Russian authorities have also pushed through parliament a raft of repressive laws regulating internet content and infrastructure. These laws provide the Russian government with a broad range of tools to restrict access to information, carry out unchecked surveillance, and censor information the government designates as “extremist,” out of line with “traditional values,” or otherwise harmful to the public.

Human Rights Watch interviewed more than 50 lawyers, journalists, editors, political and human rights activists, experts, and bloggers and their family members, and analyzed laws and government regulations pertaining to internet content and freedom of expression, as well as indictments, court rulings, and other documents relevant to specific cases.

Some of the restrictive laws appear designed to shrink the space, including online, for public debate, especially on issues the authorities view as divisive or sensitive, such as the armed conflict in Ukraine, Russia’s role in the war in Syria, the rights of LGBT people, and public protests or other political and civic activism.

Curbing free speech serves to shut down public debate and denies a voice to anyone dissatisfied with the ongoing economic crisis or simply critical of Russia’s foreign policy, Human Rights Watch said.

“We have dozens of cases where people were literally sent to jail,” Andrei Soldatov, an investigative journalist and expert on internet freedom in Russia, told Human Rights Watch. “That of course has its effect on the level and freedom for political and public debate in social media.”

Other laws aim to undermine the privacy and security of internet users by regulating data storage, unjustifiably restricting users’ access to information, and ensuring that a wealth of data, including confidential user information and the content of communications, could be made available to authorities, often without any judicial oversight.

In 2016, parliament passed a set of counterterrorism amendments requiring telecommunications and internet companies to retain the contents of all communications for six months and the metadata for three years. The law makes it easier for the authorities to identify users and access personal information without judicial oversight, unjustifiably interfering with privacy and freedom of expression. A 2015 law that applies to email services, social media networks, and search engines prohibits storage of Russian citizens’ personal data on servers located outside Russia. A 2017 draft law aims to prohibit anonymity for users of online messaging applications, such as WhatsApp or Telegram.

“The Russian government effectively controls most traditional media, but independent internet users have been openly challenging the government’s actions,” said Gorbunova. “The authorities clearly view independent online users as a threat that needs to be disarmed.”

Russian authorities have increasingly used vague and overly broad anti-extremism laws against people who express critical views of the government and, in some cases, have conflated criticism of the government with extremism. Laws adopted since 2012 in the name of countering extremism have served to increase the number of prosecutions for extremist offenses, especially online.

Based on the data provided by the SOVA Center, a prominent Russian think tank, the number of social media users convicted of extremism offenses in 2015 was 216, in comparison with 30 in 2010. Between 2014 and 2016, approximately 85 percent of convictions for “extremist expression” dealt with online expression, with punishments ranging from fines or community service to prison time. In the period between September 2015 and February 2017, the number of people who went to jail for extremist speech spiked from 54 to 94.

In the three years of Russia’s occupation of Crimea, authorities have silenced dissent on the peninsula. They have aggressively targeted critics through harassment, intimidation, and, in some cases, trumped-up extremism charges, including prosecution for “separatist calls.” Human Rights Watch found that most prosecutions of Crimean Tatar activists, their lawyers, and others were for peacefully criticizing the occupation.

Freedom of expression is one of the essential foundations of a democratic society and it extends not only to information and ideas that are received favorably but also to those that offend, shock, or disturb. The Russian government should respect and uphold the right of people in Russia to freely receive and disseminate all types of information protected under international human rights law, Human Rights Watch said.

Russia’s international partners should raise concerns at the United Nations Human Rights Council, the Organization for Security and Co-operation in Europe, and the Council of Europe about Moscow’s curbs on free expression, as well as in bilateral conversations with the Russian government.

Major internet companies operating in Russia, such as Twitter, Facebook, Microsoft, Google, and VK should carefully assess Russia’s government demands to censor content or share user data and refrain from complying where the underlying law or specific request are inconsistent with international human rights standards. They should not put people at risk, Human Rights Watch said.

“The Russian government has been casting criticism of it as extremist, instilling fear and encouraging self-censorship,” Gorbunova said. “Today people in Russia are increasingly unsure about the boundaries of acceptable speech.”