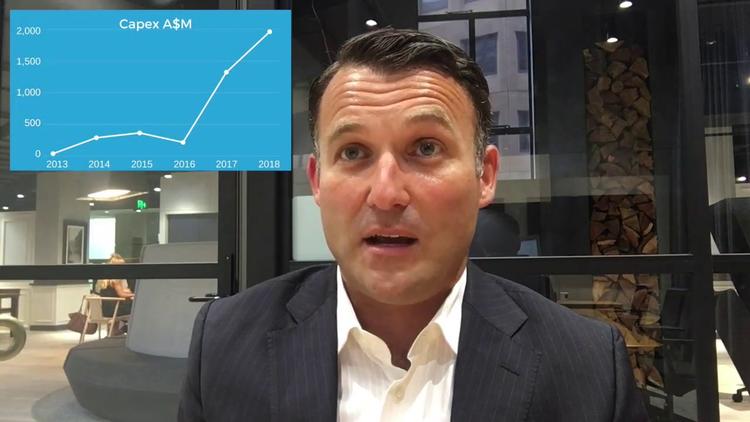 Renewables continue to take the world by storm, which is good news for the climate.

Because of less expensive and more efficient technology, about one quarter of all Australian households now have solar panels. This process is uneven, with a rush to put them up recently because of a fall in the price of the panels. The adoption of solar may slow next year. But the technology is such that there will certainly be more periods of rapid adoption. Before you know it, all Australian homes will be run on solar power. Incidentally, if you run an electric car off the solar panels, it causes the payback period to fall for both. Even OPEC and big oil have vastly increased their estimate of the number of electric vehicles on the road in 2040.

Case Western Reserve University scientists have found a way to boost panel output by 10%, and the breakthrough is now being tested for durability. If you follow these things, such reports of improved solar efficiency or fall in costs (which is the same thing) are quite common. The potential for technological breakthroughs is so high given the R&D money being thrown at solar research that all projections about the future are ‘way too conservative.

A new University of Minnesota study finds that solar power plus battery storage is now, in summer 2017, already cheaper than natural gas.

There will be resistance to this march to solar, but it can be overcome. Big Carbon and the utilities had bought up Florida politicians and put in punitive taxes on home solar installations. But as the cost of the panels has fallen in recent years, homeowners began really minding this punitive policy. So they got a pro-solar law on a referendum and it passed. Even governor Rick Scott, who probably gargles with gasoline, felt constrained to sign the law approved in the referendum into law. Popular insistence on cheap energy where it is available will over time undermine the hold that Big Carbon has on our politicians. It is expected that the new legislation will much increase the number of commercial solar installations; businesses with no fuel bill are better positioned to compete. And solar jobs in Florida are soaring.

Scientific and commercial expertise in solar power, of which Trump wants to rob us, will turn into large overseas contracts. An Indian firm has been hired by Japan to install 150 MW of solar-driven electricity.

I have solar panels and my average power bill over the past two months has been $15 a month.

This march to solar is heartening. The 35 billion metric tons of toxic carbon dioxide gas we are spewing into the atmosphere like an open sewer are melting the world’s ice cover and will raise sea levels. We are already locked in to some amount of rising sea level because we’ve raised the parts per million of CO2 in the atmosphere from 270 ppm to over 400 ppm since the Revolutionary War. Carbon Dioxide is a deadly greenhouse gas that prevents the heat striking the earth’s surface from radiating back out into space.

James Hansen, the father of contemporary climate science, worries that since half of the world’s large cities are on the seacoasts, as people flee inland there will be a good deal of social turmoil and countries could become “ungovernable.”

Climate change should be thought of as on a spectrum. We have a choice of going up by 3.6 degrees F. (2 degrees C.) or of going up by 15 degrees F., which would melt all surface ice over several centuries and make the tropics and sub-tropics uninhabitable. How hot it gets depends on how much gasoline/ petrol, natural gas and coal you and I burn, releasing CO2 into the air.