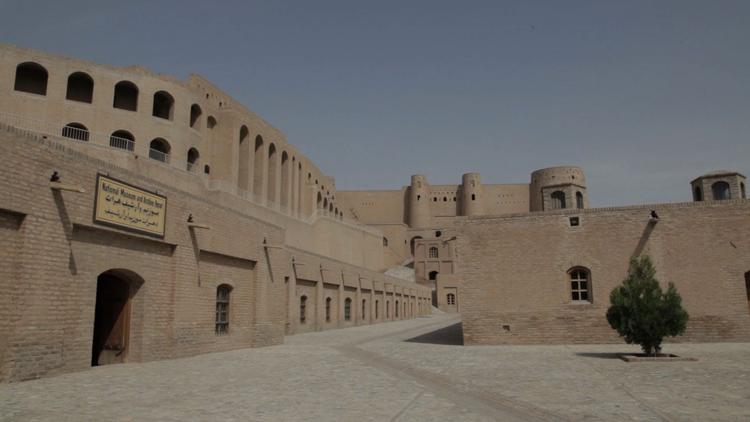 The US embassy in Kabul has denied a visa to 6 Afghan high school students from Herat to accompany their invention in robotics to the United States for a demonstration. The girls made the 500 mile journey from the western city of Herat to the capital of Kabul to apply for visitor visas. They were rejected.

Their project, however, was accepted by The First Global Challenge, which organizes events for teenaged high school students.

The ironies here are rich. These Afghan girls know more about science than the billionaire president of the United States. As residents of Herat province, they are part of a population that has steadfastly resisted extremism. Yet an ignorant, anti-science and Islamophobic White House is excluding them.

We do not know on what grounds they were turned down, but alt-Neo-Nazi and White House chief strategist, Steve Bannon, has implemented “extreme vetting” for visas issued to Muslims. Afghanistan is one of six Muslim-majority countries that Bannon has successfully barred from coming to the US under most circumstances.

Here are some things that Bannon and Trump do not know about Herat:

1. The people of Herat are for the most part speakers of Dari Persian and they have been bulwarks against terrorism. They rejected the Taliban (a movement that appeals to Pashto-speakers ). They rejected ISIL (Daesh, ISIS).

2. Herat is an ancient city. Herodotus called it the bread-basket of Central Asia.

3. Herat is one of the world’s great cities, which made important contributions architecture and science.

4. Fakhr al-Din Razi (d. 1290), from Herat, wrote on logic and philosophy as well as on: medicine, astrology, geometry, physiognomy, mineralogy, and grammar.

6. The great Persian poet and Sufi mystic Jami (d. 1412) hailed from Herat. Among his sayings, which Trump should study:

“Everyone likes flattery; and when you come to Royalty you should lay it on with a trowel.”

“Do you love life? Then do not squander time, for that is the stuff life is made of.”

“The secret of success is constancy to purpose.”

Restoration of the historic Citadel in Herat (NATO and Afghanistan)