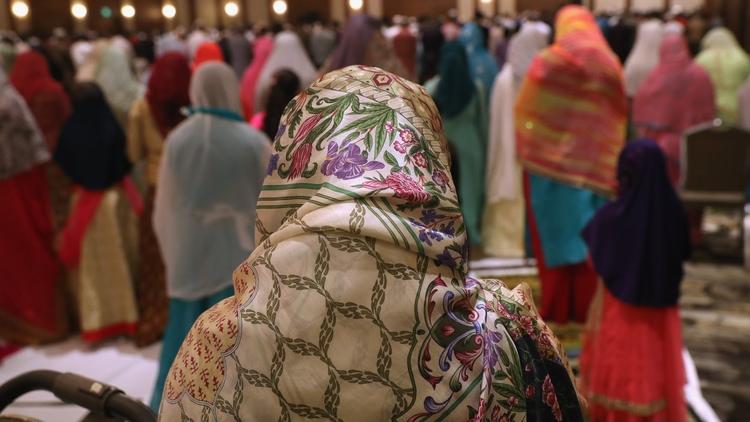 Hate crimes against Muslims have been on the rise. The murder of two samaritans for aiding two young women who were facing a barrage of anti-Muslim slurs on a Portland train is among the latest examples of brazen acts of anti-Islamic hatred.

Earlier in 2017, a mosque in Victoria, Texas was burned to the ground by an alleged anti-Muslim bigot. And just last year, members of a small extremist group called “The Crusaders” plotted a bombing “bloodbath” at a residential housing complex for Somali-Muslim immigrants in Garden City, Kansas.

I have analyzed hate crime for two decades at California State University-San Bernardino’s Center for the Study of Hate and Extremism. And I have found that the rhetoric politicians use after terrorist attacks is correlated closely to sharp increases and decreases in hate crimes.

Since 1992 (following the promulgation of the Hate Crime Statistics Act of 1990), the FBI has annually tabulated hate crime data voluntarily submitted from state and territorial reporting agencies. A “hate crime” is defined as a criminal offense motivated by either race, ethnicity, religion, disability, sexual orientation, gender or gender identity.

According to the FBI’s data, hate crimes against Muslims reported to police surged immediately following the terror attacks of 9/11. There were 481 crimes reported against Muslims in 2001, up from 28 the year before. However, from 2002 until 2014, the number of anti-Muslim crimes receded to a numerical range between 105 to 160 annually. This number was still several times higher than their pre-9/11 levels.

It should be noted that other government data, such as the Bureau of Justice Statistics, which relies on almost 200,000 residential crime surveys, as opposed to police reports, show severe official undercounting of hate crime. These studies, based on respondents’ answers to researchers, indicate a far higher annual average of hate crime – 250,000 nationally – with over half stating that they never reported such offenses to police.

FBI data show that in 2015 there were 257 hate crimes against Muslims – the highest level since 2001 and a surge of 67 percent over the previous year.

As I noted in a prepared statement before the Senate Judiciary Committee in May 2017, this was the second-highest number of anti-Muslim hate crimes since FBI record-keeping began in 1992. Not only did anti-Muslim crime cases rise numerically in 2015, they also grew as a percentage of all hate crime. They now account for 4.4 percent of all reported hate crime even though Muslims are estimated to be only 1 percent of the population.

When do the spikes happen?

At our center, we analyzed even more recent disturbing trends related to hate crimes. Based on the latest available police data for 2016 from 25 of the nation’s largest cities and counties, we found a 6 percent increase in all hate crimes, with over half of the places at a multi-year high. In particular, hate crimes against Muslims had increased in six of the seven places that provided more detailed breakdowns.

We also observed a spike in such crime following certain events.

In 2015, for example, we found 45 incidents of anti-Muslim crime in the United States in the four weeks following the November 13 Paris terror attack.

Just under half of these occurred after December 2, when the San Bernardino terror attack took place. Of those, 15 took place in the five days following then-candidate Donald Trump’s proposal of December 7, seeking to indefinitely ban all Muslims from entering the United States.

In contrast, as I observed in my prepared statement before the Senate Judiciary Committee, after an initial sharp spike following the 9/11 attacks, sociologist James Nolan and I found that there was a drop in hate crimes after President George W. Bush delivered a speech promoting tolerance on Sept. 17, 2001.

Other groups too, have found similar spikes in anti-Muslim hatred: The Southern Poverty Law Center (SPLC), for example, noted that from the month of the presidential election, through Dec. 12, 2016, there was a spike in hate “incidents” against many minority groups. The SPLC found that the third most frequently targeted group after immigrants and African-Americans were Muslims. And just this month the Council on American-Islamic Relations, a Muslim advocacy group, reported 72 instances of “harassment” and 69 hate crimes that had occurred between April and June 2017.

Prejudicial stereotypes that broadly paint Muslims in a negative light are quite pervasive.

From 2002 to 2014, the number of respondents who stated that Islam was more likely to encourage violence doubled from 25 percent to 50 percent, according to Pew research. A June 2016 Reuters/Ipsos online poll found that 37 percent of Americans had a somewhat or very unfavorable view of Islam, topped only by antipathy for atheism at 38 percent.

The latest polls also show how Muslims are feared and distrusted as a group in America. While most Americans do not believe that Muslims living in the U.S. support extremism, these views vary widely by age, level of education and partisan affiliation: Almost half of those 65 and older believe that Muslims in America support extremism, whereas only few college-educated adults do so.

Interestingly, current polls also show that when people personally know someone who is a Muslim, the bias is much less. This confirms what psychology scholar Gordon Allport concludes in his seminal book, “The Nature of Prejudice,” that meaningful contact with those who are different is crucial for reducing hatred.

Indeed, before we can truly say “love thy neighbor(s),” we need to know and understand them.