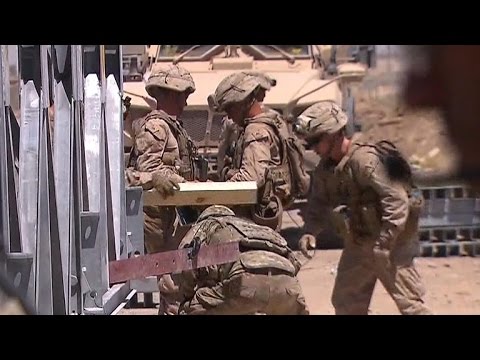 Report says Washington should consider the “post-primacy” milieu as a “wakeup call”.

A study by the Pentagon, “At Our Own Peril: DoD Risk Assessment in a Post-Primacy World” says the US framework of international order that was established after the Second World Wat is “fraying” and “collapsing”.

“While the United States remains a global political, economic, and military giant, it no longer enjoys an unassailable position versus state competitors,” the report claims.

“In brief, the sta­tus quo that was hatched and nurtured by U.S. strategists after World War II and has for decades been the principal ‘beat’ for DoD is not merely fraying but may, in fact, be collapsing.”

The study is based on a year-long research and was released last mont by the U.S. Army War College’s Strategic Studies Institute to evaluate the Department of Defense’s approach to assessing risk at all levels of Pentagon policy planning.

Having lost its past status of “pre-eminence,” Washington now inhabits a dangerous, unpredictable “competitive” “post-primacy” world, whose defining feature is “resistance to authority,” the document says, conceding to its imperialist nature.

According to the Pentagon findings, the nation’s power is in decline because the world that has essentially entered a new phase of transformation, where the international order is unraveling, and the authority of governments everywhere is crumbling.

The report warns the “global events will happen faster than the Defense Department is currently equipped to handle,” and that the U.S. “can no longer count on the unassailable position of dominance, supremacy, or pre-eminence it enjoyed for the 20-plus years after the fall of the Soviet Union.”

It also recounts that competing powers, Russia and China, along with others like Iran and North Korea, have played a major role in removing the U.S. from its position of global “pre-eminence”.

It describes Russia and China as “revisionist forces,” who benefit from the US-dominated international order but now “seek a new distribution of power and authority commensurate with their emergence as legitimate rivals to U.S. dominance.”

The U.S. should consider the “post-primacy” milieu as a “wakeup call” and if it doesn’t adapt to this “post-primacy” environment, the complexity and speed of world events will “increasingly defy [DoD’s] current strategy, planning, and risk assessment conventions and biases.”

The US Army War College study concludes that it’s not just the U.S. that is seeing a decline, “[A]ll states and traditional political authority structures are under increasing pressure from endogenous and exogenous forces… The fracturing of the post-Cold War global system is accompanied by the in­ternal fraying in the political, social, and economic fabric of practically all states,” it states.

The report suggests expanding the U.S. military as the only option by which it can gain back its stature in the world sphere, and it further demands U.S. military force needs to be powerful enough to preserve “maximum freedom of action”, and allow Washignton to “dictate or hold significant sway over outcomes in international disputes.”