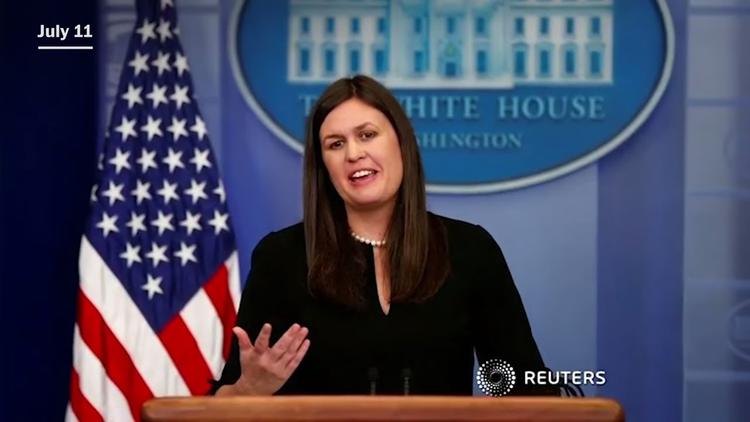 In Edgar Allan Poe’s “Purloined Letter,” detective C. Auguste Dupin discovers a stolen letter in the thief’s own apartments after police searches had failed to turn it up. It was hidden in plain sight, on a card rack hanging from a ribbon, though it had been resealed. The police had assumed that it would have been hidden away and could not see it in the open.

Fox Cable News (not the affiliates but the national propaganda outfit) is the purloined letter of today’s news. Because it is out in the open, it isn’t being seen.

The allegation is that Vladimir Putin orchestrated the US news cycle by using Russian hackers and Russian media to collaborate with the alt-Neo-Nazi rag Breitbart and right wing social media to smear Hillary Clinton and build up Donald J. Trump. They are said to have targeted close states in hopes of suppressing the Democratic vote by smearing Secretary Clinton as a pedophile and part time witch.

The emails released by Donald Trump, Jr., show that the Russian government was likely using Russian friends of Trump to dangle tidbits before his team, to see how corruptible they were. When Trump Jr., Jared Kushner and Paul Manafort came running to meet Natalia Vesselnitskaya, they had their answer. That she did not fork over anything of consequence then is not important. She was an opening gambit, not the end game.

I have no idea whether the Russian narrative is correct. But what I do know is that a much more obvious and successful attempt to manipulate the American public toward the far right has been run by Rupert Murdoch at Fox Cable News since the 1990s.

In fact, Murdoch and Putin are very similar. Both are billionaires. Both are influencers in the US despite being born elsewhere. Despite Murdoch’s naturalization, his values are those of the old “White Australia” policies. Both are amoral and apolitical. Both push the agenda that they perceive will benefit them. Both have pushed Islamophobia for political purposes. Both helped elect Trump and so inflicted enormous harm on the United States of America.

Both use their control of media to engage bullying and threats of smears to manipulate people. John Major revealed that as soon as he became prime minister, Murdoch threatened him. He could have good press or bad press, Murdoch told him. It depended on Major’s policies toward Europe.

Both use hacking to get information with which to smear enemies. Murdoch’s newspapers in the UK routinely hacked into people’s phone messages to get dirt on them. They then erased 20 million internal emails in an attempt to cover it up. I’ve long suspected that Murdoch’s US operations must have done the same thing but that British law enforcement is much less corrupt than the American, so it never came out over here. Putin recently praised his own Russian hackers as patriots.

Murdoch’s Fox is an attempt to subvert American democracy. Its employees have deliberately falsified video. They have retailed blatant lies as news. They have supported an implicit white nationalism. They have propagandized relentlessly for climate denialism. They have promoted war and war industries. They are about knee-jerk support of the Republican Party and more recently of the Trump faction within it. They have show consistent bias against minorities. The whole Mexican Wall fantasy was pushed by Bill O’Reilly for years. Even right wing thriller writer Tom Clancy at one point told O’Reilly it was a stupid idea.

So as everybody is trying to track down some vague and complicated Russian plot, the Rupert Murdoch plot is in plain sight.

And to any extent the Russian election plot has some truth to it, it is simply a use of techniques pioneered by Murdoch and Fox.

Which M. Dupin in the corporate media will dare blow the whistle?