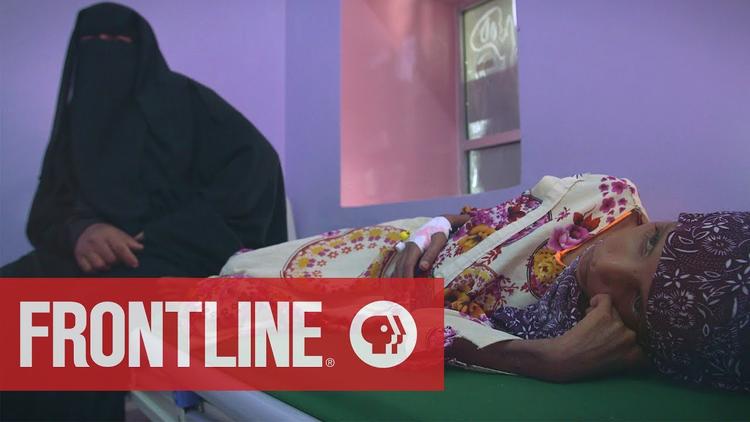 Arab nation is said to be on the brink of famine after almost 2 years of war and disease.

“The country is on the brink of famine, with over 60 per cent of the population not knowing where their next meal will come from,” according to the UN Children’s Fund, the World Food Programme and the World Health Organization.

At the end of a joint visit to the crisis-torn nation, the agencies’ chiefs issued a warning that almost two million Yemeni children are acutely malnourished, and “malnutrition makes them more susceptible to cholera; diseases create more malnutrition …a vicious combination.”

They said they had witnessed the scale of the humanitarian crisis, observing that over the last three months, 400,000 cases of suspected cholera and nearly 1,900 associated deaths have been recorded.

“At one hospital, we visited children who can barely gather the strength to breathe. We spoke with families overcome with sorrow for their ill loved ones and struggling to feed their families,” they added.

And they also saw “how vital infrastructure, such as health and water facilities, have been damaged or destroyed.”

A Saudi-led multinational coalition, backed by the U.S. and U.K., launched a military campaign in support of the Yemeni President Abd-Rabbu Mansour Hadi in March 2015 after he was ousted by Houthi rebels.

Despite the risk of disease and the ongoing conflict, some 16,000 volunteers go from house to house, educating families on how to protect themselves from diarrhoea and cholera while doctors, nurses and other health staff work around the clock to save lives.

Many of the 30,000 health workers have not been paid for 10 months but they continue to help others.

While the UN officials also offered hope – noting that more than 99 per cent of cholera-infected people with access to health services are surviving and the number of children afflicted with severe acute malnutrition this year was estimated to be 385,000 – they maintained that as thousands fall sick every day, the situation remains dire.

They flagged that nearly 80 per cent of Yemen’s children need immediate humanitarian assistance, underlining the importance of sustained efforts to stop the spread of disease.

Drawing attention to their meeting with Yemeni leaders in Aden and Sana’a, the UN officials pressed for humanitarian access to fighting-affected areas and urged all sides to work towards a peaceful political solution.