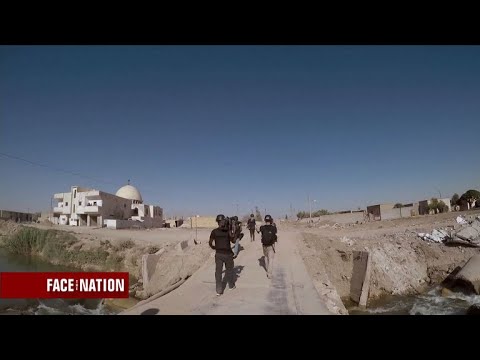 Al Jazeera reports that the Syrian Democratic Forces (SDF) supported by the US Air Force and other international allies, has breached the walls around the old city of al-Raqqa in eastern Syria and managed to get into the old city itself. Al-Raqqa is the capital of Daesh (ISIS, ISIL) and the seat of its phony “caliphate,” a reference to a long-lapsed medieval Muslim institution analogous to the papacy in Christianity. It is not clear the “caliph,” Abu Baker al-Baghdad, is still alive. He may have been killed in a recent Russian airstrike.

The core of the SDF is is the Syrian Kurdish People’s Protection Units (YPG) of the leftist Democratic Union Party, based in the Kurdish northeast of Syria. Daesh had menaced the leftist Kurds, as a far right wing Sunni Arab organization. The Kurds were therefore virtually the only group in the region willing to fight Daesh, right into the capital of the terrorist organization itself. The US Air Force and its allies have given the YPG air support. In fact, it appears to have been US fighter jets that made the holes in the walls of the old city of the Daesh capital, through which the YPG flooded in.

The Kurds have taken the Hashim Abd al-Malik quarter in the south of the city as well as the Yarmouk district in the west. They lost 7 men in this recent assault, while Daesh lost 5.

There are some Arab auxiliaries of the YPG in the Syrian Democratic Forces, but the Kurds form the bulk of the fighters. That is a problem, since Kurds conquering Sunni Arab townsmen could raise the hackles of Arab nationalists.

Although the US is intervening heavily in Eastern Syria from the air, it only has about 1000 special forces on the ground.

Once Daesh is rolled up, the question is raised as to whether Syria’s Kurds will be allowed to continue their quest for semi-autonomy.

US Secretary of State Rex Tillerson apparently told the Russians that the fate of Syrian President Bashar al-Assad is up to Moscow.