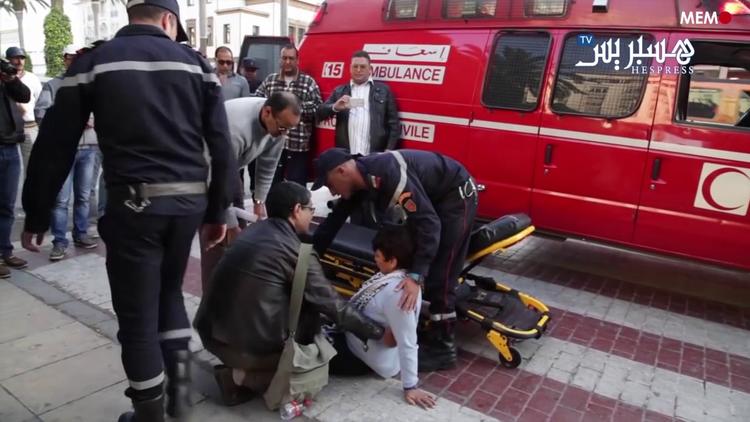 Since October 2016, the Berbers (Imazighen) of the Rif, a region on the Mediterranean coast of Morocco, have been carrying out one of the most sustained and largest demonstrations of public discontent and rage in Morocco since the protests of the Arab Spring in 2011. Reminiscent of Tunisia’s Mohamed Bouazizi, the humiliated street vendor whose death ushered in the Arab Spring protests, the Rif’s protests were triggered by the horrific death of 31 year-old fish seller, Mohcine Fikri, in October 2016, who protested the impounding and destruction of his swordfish merchandise. While Fikri tried to reclaim his merchandise from the trash compactor where it had been dumped by the police, he was crushed to death. Mobile phone videos of the incident showing a crushed Fikri quickly went viral on social media, igniting a wave of public outrage and disgust inside and outside Morocco.

The “grinding” of Fikri generated a steady pace of unrest in the Rif and throughout Morocco, sustained by discontent and anger over corruption, human rights abuses, and what Moroccans call al-hogra. Al-hogra can be defined as judging other people to be inferior human beings and unworthy of humane treatment. A popular movement known as Hirak al-Rif materialized, led by Nasser Zefzafi, an unemployed 39-year-old man. He has emerged as a charismatic leader, a gifted orator, and a savvy activist who has leveraged the deployment of the mobile phone and social media to mobilize the public inside and outside Morocco, to denounce the corruption of the central government, the ineptitude of political parties and the old boy’s network, the shallowness of labor unions and civil society, and the duplicity of the official religious establishment.

The protestors are demanding a serious investigation into the death of Mohcine Fikri; the lifting of the military zone designation of the Rif region; the construction of a cancer hospital, a university, a library, roads, and fish processing factories; and, above all, effective strategies for the creation of jobs. The central government is referring to these protestors as “separatists”, “Shiites”, “foreign agents of Algeria and POLISARIO”, and “wlald sbanyul” (offspring of the Spaniards). These denigrating references underscore the continuing arrogance of the authorities and exacerbate an already explosive political situation.

While the Rif movement gathers momentum nationally and globally, it continues to frustrate the government’s attempts to contain it. In May 2017, security forces launched a massive crackdown in the city of Al-Hoceima, the epicenter of the movement, and surrounding towns and villages, to crush and disrupt pro-movement marches in the region. This resulted in violent beatings of peaceful protestors, destruction of private property, detention of protestors (minors in some cases), and dispossessing protestors of their smart phones. On May 29th, security forces arrested Nasser Zefzafi and about 176 of his supporters, including a 23 year-old female artist and singer, named Silya Ziani, accusing them of “forming a plot to harm internal security… to harm the unity and sovereignty of the Kingdom of Morocco and shake the faith of citizens in the Moroccan state and the institutions of the Moroccan people.” Protestors and the families of the detainees continue to denounce what they refer to as the political kidnapping of the movement’s leaders and supporters, the humiliation of the detainees, and to demand their immediate release.

In a creative move, after being banned from the squares and streets of Al-Hoceima, the protestors took their march to the beach, thinking that security forces would not follow them there. On July 1st, riot police pursued them there and protestors in swim trunks made fun of the police following them into the Mediterranean Sea. And then to add insult to injury, as of this writing, the Ministry of the Interior has announced the cancellation of the million man/woman march on July 20, 2017, in Al-Hoceima.

Historically, the Rif region has long had a tense and hostile relationship with the Moroccan central government. From 1921-1926, Abdelkrim al-Khattabi led a revolt against the Spaniards and the French, resulting in the establishment of the Rif Republic. The French and the Spaniards mobilized about 425,000 soldiers, backed by planes, tanks, and chemical warfare, to defeat the Riffian armed resistance and to put an end to its republic. In 1958, the Rif rose again to protest government policies of marginalization and the neglect of northern Morocco. The Riffian people were crushed by then King Hassan II, who oppressed Berber culture and called the Riffians al-awbash or the savages. This defeat meant that the Rif has been subjected to military rule and, so far, six decades of complete official neglect and humiliation (al-hogra) of the area of insurrection by the central government, resulting in underdevelopment and a population forced to migrate to Moroccan urban centers and Europe.

The state’s recourse to violence, illegal and arbitrary detention and kidnapping, scare tactics and torture to squash people’s demands shows what I would call democratic incompetence which has choked the emergence of a modern and free society and has only exacerbated the al-hogra syndrome in certain regions and among certain ethnicities. The al-hogra visited upon people can be attributed to several factors. The first is the post-colonial imposition of a fake “modernity” and incoherent “democracy” which nurtures the lack of respect for the rule of law and the widespread disparagement of ethnic and linguistic diversity. The second deals with paternalistic and neopatrimonial predispositions of the Moroccan state and its use of coercion to foster a culture of elitism, opportunism, nepotism, avoidance of personal and institutional responsibility, and rampant corruption at all levels of society.

It is the Moroccan government’s misinterpretation of modernity and democracy that is and has been at the heart of the Rif Revolts of the 1920s, the 1950s, and now in the second decade of the 21st century. There is a palpable frustration with fake, inept political and economic formations. The protestors are asking for democracy, human rights, and the rule of law to build a modern and inclusive society. They also want such concrete and basic rights as a hospital for the treatment of cancer which was made worse in the region by the Spanish colonial army use of mustard gas to defeat the 1920s revolt, a university, a library, and jobs.

The road toward modernity and democracy which does not require the fake scaffolding of modernity, instead requires a reordering of Moroccan society by free institutions and modern values. This begins with the recognition of others as human beings with legitimate demands and aspirationsand the nurturing of an inclusive civic and political culture in which the rule of law, trust, diversity, and pluralism are valued.In other words, the eradication of al-hogra.In the age of the smart phone, faking modernity and democracy ‘til you make it is no longer a viable option.

Hsain Ilahiane is associate professor of anthropology at the University of Kentucky and author of the Historical Dictionary of the Berbers (Imazighen).