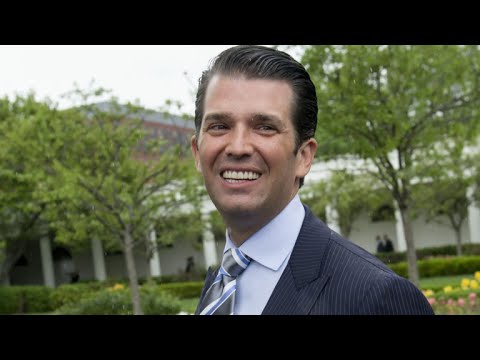 The dishonesty and bad faith of Donald Trump’s Muslim ban and general pose of hating Muslims is obvious to anyone who attends to his actual business ties. His hotels in Istanbul and Dubai did not spring up like mushrooms– they resulted from friendships with Turks and Emiratis. Michael Flynn, Trump’s first, disgraced National Security Adviser, had created a security consulting firm and acquired a Turkish billionaire close to Turkish president Tayyip Erdogan as a client (which he did not report). Erdogan heads a pro-Islam party that has shifted Turkey from a secular system. Trump more or less was inviting Erdogan to have a seat on his National Security Council.

This is not to say that the Muslim ban is a sham. As a policy it is real, with real world effects. Some refugees will sicken or die because Trump kept them out. Iranian-Americans can’t see their grandparents living in Tehran. US tourism and universities are taking an economic hit as people decide that it isn’t worthwhile to come to a white nationalist United States.

Further signs of the Trump team’s hypocrisy on the Muslim issue are apparent in the story of how Donald Trump, Jr., along with Jared Kushner and Paul Manafort, met with a Russian attorney, Natalia Veselnitskaya on the premise that she had information about the campaign of Hillary Clinton. Apparently the actual purpose of the meeting from the point of view of the Russians was to lobby the Trumps to revoke the Magnitsky Act, of the US Congress, which allows the sanctioning and denial of visas to Russian officials or others over human rights abuses. So let’s work back from this meeting to its origins, and we’ll find the Trump Muslim connection at the center of it. Rosalind S. Helderman, Tom Hamburger and Greg Miller of WaPo got the scoop.

1. The request that the Trump team meet with Veselnitskaya came from Russian pop star Emin Agalarov via his publicist Rob Goldstone. Agalarov is the son of the very well-heeled Moscow real estate developer, Aras Agalarov.

2. The Agalarovs are from Azerbaijan, a Turkic-speaking country where most people are of Shiite Muslim heritage. Azerbaijan used to be a Soviet Socialist Republic. Actually, the country Azerbaijan is home to only part of the Azeri population. The rest of Azerbaijan is a province in northwestern Iran. The Russian Empire gobbled up part of the original all-Iranian Azerbaijan in the course of 1804-1813 and 1826-1828 wars with Iran. All this is to say that there are Agalarovs (or just Agalars, meaning “notables”- the -ov suffix is Russian) on the Iranian side of the border, too. And those Agalarovs can’t come to the United States because of the Muslim ban, which covers Iranian nationals. It is just an accident of history that Aras and Emin Agalarov were from the Russian-dominated side of Azerbaijan and that they made their way to Moscow. By being coded as “Russian” instead of “Iranian,” they became Friends of Trump instead of being “dangers to US national security.”

3. Emin Agalarov reached out to Trump in 2013 to ask for help in casting some contestants from the Miss World beauty pageant, then owned by Trump, in a music video. Trump went him one better and put in an appearance himself. The relationship was so satisfactory that Emin and Aras Agalarov helped sponsor the 2013 Miss World beauty pageant in Moscow.

4. While Trump was there, they tried to arrange a meeting between him and Russian president Vladimir Putin, to whom they are close.

5. The Agalarovs made a deal to build a Trump Hotel in Moscow, and don’t appear to have given up on the idea, though any such project has been significantly delayed. Emin Agalarov is said to have kept in touch with Trump, phoning him from time to time during the primaries and the campaign, on the grounds that an improvement in US-Russian relations is desirable. These contacts almost certainly came at the instance of the Russian state, perhaps even of Putin himself.

So you see, Trump doesn’t actually mind Muslims at all, as long as they will agree to build one of his hotels for him and engage in influence peddling. Some 15% of the Russian population, by the way, is Muslim, and that proportion is expected to rise significantly through the 21st century.

CBS News: “Why did Donald Trump Jr. take a meeting with a Russian lawyer?”