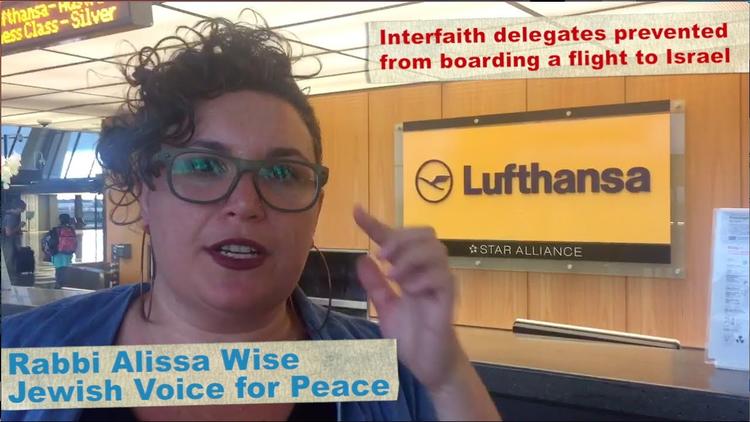 According to Israeli media, Miki Zohar, a member of the Knesset, Israel’s parliament, from the right-wing Likud party wrote a letter to Kahlon in which he accused Amnesty International of working to “persecute and slander IDF soldiers.”

“Amnesty supports illegal infiltrators and draft refusers, and works with all its might to harm the State of Israel,” he reportedly wrote.

He then went on to request that the finance minister use the anti-Boycott, Divestment, and Sanctions (BDS) bill passed in March — which banned foreigners who have openly expressed support for BDS from entering the country — in order to “immediately revoke Israel’s recognition of donations to Amnesty, since it is an organization which encourages others to boycott all or part of Israel.”

In June, Amnesty International announced that it was launching a campaign to convince the international community to implement a full boycott of illegal Israeli settlements across the occupied Palestinian territory.

Slamming Israel’s “virtually total impunity” for its war crimes and crimes against humanity committed since 1967, Amnesty International Secretary-General Salil Shetty called on foreign states to impose an “international ban on settlement products, a comprehensive arms embargo on Israel and Palestinian armed groups,” as well as full investigations by the International Criminal Court into crimes committed as part of the Israeli-Palestinian conflict.

“By banning settlement goods and putting in place laws and regulations that stop companies from operating in Israeli settlements, governments worldwide have an opportunity to make a real difference to the lives of millions of Palestinians who have endured decades of injustice, indignity and discrimination” Shetty said at the time.

Amnesty International reportedly reacted to the calls for stripping the group from receiving tax benefits in Israel, which could greatly affect the amount of donations they receive in the country, by refusing to respond to “politicians’ populist initiatives.”

“When there is a need, we will reply officially to the authorized bodies, such as the Finance Ministry, and discuss the topics.”

The BDS movement was founded in 2005 by a swath of Palestinian civil society as a peaceful movement to restore Palestinian rights in accordance with international law through strategies of boycotting Israeli products and cultural institutions, divesting from companies complicit in violations against Palestinians, and implementing state sanctions against the Israeli government.

As Israel’s anti-BDS law has come into force, Palestinian rights activists have started to be banned from entering the country owing to their activism due to their participation in the international boycott movement. However, others have pointed out that Israel had long barred Palestinian rights activists from the country, but the new legislation has sought to formalize these policies into Israeli law.

Last week, five members of the US-based Jewish Voice for Peace (JVP) were turned away before getting on their flight to Israel at the Dulles International Airport in Virginia, after the Lufthansa airline was ordered by Israeli authorities not to allow the activists to board the flight, allegedly due to their activism with the BDS movement.

JVP, which openly supports the BDS movement, highlighted at the time that it was believed to be the first time that the amendment was enforced before passengers boarded their flights to Israel, and “the first time that Israel has denied entry to Jews, including a rabbi, for their support of BDS.”

Earlier this month, the Israeli newspaper Israel Hayom had reportedly “outed” an American Jewish activist after she had already entered Israel, claiming that Ariel Gold, a vocal supporter of the BDS movement, had “tricked” Israeli airport authorities to be allowed into the country.

As some have pointed out, the anti-BDS law does not only affect Palestinian human rights groups and activists, but also raises fundamental challenges to Israel’s so-called “Law of Return” for Jewish people to enter the country, by denying Jews entry into the country if their ideologies do not line up with right-wing policies of the Israeli government.