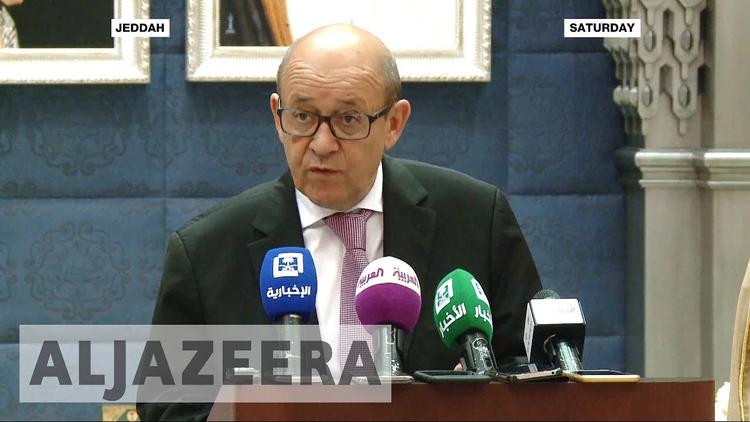 The intrepid Karen DeYoung and Ellen Nakashima report at WaPo that anonymous US intelligence officials have decided to go public with what they know about the attempt of the United Arab Emirates (UAE) to frame Qatar.

The hacking attack on May 23 that planted fake news, such as doctored video showing the emir of Qatar praising Hamas, the fundamentalist Palestinian party-militia, and praising Iran, was planned out by high officials of the UAE government. Either they had UAE hackers carry out the cyber-attack or they hired someone else. Qatar seems to have some evidence that the hack attack came from the UAE.

The cyber campaign to plant fake news was launched just after Trump’s visit to Saudi Arabia.

WaPo doesn’t say so, but it seems there is circumstantial evidence that the UAE arranged for the fake news in part in order to fool Trump.

Unlike his secretary of state Rex Tillerson and secretary of defense Jim Mattis, Trump fell for the fake news about Qatar supporting terrorism and Iran, lock stock and barrel.

The UAE is a country of 1.4 million citizens and 7.8 million expatriates that groups seven emirates, some of which are awash with petroleum. The UAE is Japan’s major oil supplier, without which Japanese automobiles would be immobilized. The country’s citizen population is about that of the US city of San Diego. Its nominal GDP of roughly $380 billion per year makes it the 31st largest economy among 194 countries tracked by the World Bank.

Arguably, if the UAE is going to behave this way, it is more dangerous than Russia. It has a smaller and more cohesive elite, it has money to waste, it is under the Saudi thumb, and it can target manipulation of news directly through hired hackers and well as indirectly through its Alarabiya satellite news service, which has been smearing Qatar since mid-May.

A rogue state UAE is a significant danger to regional and global security.

If the UAE succeeds in getting rid of Qatar, what if it decides it likes having Trump in office and goes after the 2020 election in the US?

Again, WaPo does not hint at this possibility, but it seems to me that someone in the Washington Intel community may be afraid of precisely that kind of scenario, explaining why they decided to go public. Otherwise, the tiff of Saudi Arabia and its satellites like the UAE with Qatar wouldn’t seem to be marked by the kind of urgency that would require this sort of leaking.

Of course, the US intel community may also be worried that the division in the GCC is making Iran more powerful (Iran has come to Qatar’s defense).

And, the possibility that the whole thing was staged for the gullible Trump’s benefit is extremely disturbing.

Either way, this leak strongly suggests that Washington insiders are afraid that this story is not about the Gulf, but about dangers to the United States of America.