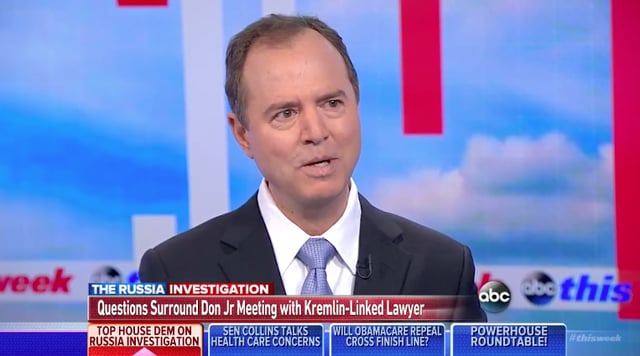 Speculation is mounting that President Donald Trump could issue a pardon to members of his family and close associates who are suspected of colluding with Russia in the 2016 campaign.

Sen. Mark Warner, the top Democrat on the Senate Intelligence Committee, recently cautioned about “the possibility of presidential pardons in this process.”

The June 2016 meeting of Donald Trump Jr., Paul Manafort, Jared Kushner and Russian go-betweens promising dirt about Hillary Clinton raises the specter of criminal liability under campaign finance laws. Those laws prohibit foreign nationals from “directly or indirectly” making “a contribution or a donation of money or other thing of value … in connection with any Federal, State, or local election.” Damaging information on an opponent could certainly be considered a “thing of value” during a campaign.

Not everyone agrees that Trump’s son, son-in-law and Manafort committed crimes. We are a long way from knowing whether there will be criminal prosecutions in these matters. But the mere possibility of a criminal prosecution could lead the president to invoke his authority under Article II, Section 2 of the Constitution to grant “Reprieves and Pardons for Offences against the United States.”

My research on clemency shows how chief executives have used this power, in particular the power to pardon, to halt criminal prosecutions, sometimes even before they begin.

‘For any reason at all’

The pardoning power, as Founding Father Alexander Hamilton explained, is very broad, applying even to cases of treason against the United States. As Hamilton put it, “the benign prerogative of pardoning should be as little as possible fettered or embarrassed.”

Throughout our history, courts have taken a similarly expansive view. In 1977, Florida’s State Supreme Court said that “An executive may grant a pardon for good reasons or bad, or for any reason at all, and his act is final and irrevocable.”

In 1837, the United States Supreme Court held that the president’s pardon power “extends to every offence known to the law, and may be exercised at any time after its commission, either before legal proceedings are taken, or during their pendency, or after conviction and judgment.”

Yet prospective pardons are quite rare. The most famous prospective pardon in American history was granted by President Gerald Ford in September 1974. He pardoned former President Richard Nixon after he was forced to resign in the face of the Watergate scandal. Ford pardoned Nixon for “all offenses against the United States which he… has committed or may have committed or taken part in” between the date of his inauguration in 1969 and his resignation.

In other cases, presidents have halted criminal proceedings immediately after they began. President George H.W. Bush pardoned former Defense Secretary Caspar Weinberger just after Weinberger had been indicted for lying to Congress about the sale of arms to Iran by the Reagan administration.

Those pardons evoked public outcry against what was perceived to be an arrogant interference with the legal process. Ford’s action may have contributed to his defeat in the 1976 presidential election against Jimmy Carter. And Bush’s pardon of Weinberger prompted accusations that he was engaging in a cover-up. Critics said that his action demonstrated that “powerful people with powerful allies can commit serious crimes in high office – deliberately abusing the public trust without consequence.”

Given such controversies about pardons and the the fear of being labeled soft on crime, presidents have been increasingly reticent about using their clemency power before or after conviction. Thus, while President Nixon granted clemency to more than 36 percent of those who sought it during his eight years in office, the comparable number for George W. Bush was 2 percent. President Obama reversed that trend, granting more pardons and commutations than anyone since Harry Truman.

Given President Trump’s commitment to being a law-and-order president, it seems unlikely that he will follow Obama’s lead. Yet he may make an exception to shield Donald Jr., Kushner and Manafort from criminal liability.

Congressman Adam Schiff predicted a negative public reaction if Trump grants pardons. He said: “The impressions the country, certainly, would get from that is the president was trying to shield people from liability for telling the truth about what happened in the Russia investigation or Russian contacts.”

However, his prediction offers little comfort at a time when many venerable norms and rules of political life are being rewritten or ignored. No matter what explanation he might offer, any move by President Trump to pardon Donald Jr., Kushner or Manafort would not only hamper the Russia investigations, it would also deliver another serious blow to America’s increasingly precarious hold on democracy and the rule of law.

Ring of Fire: “Trump Is Trying To Figure Out How To Pardon Himself And His Family”