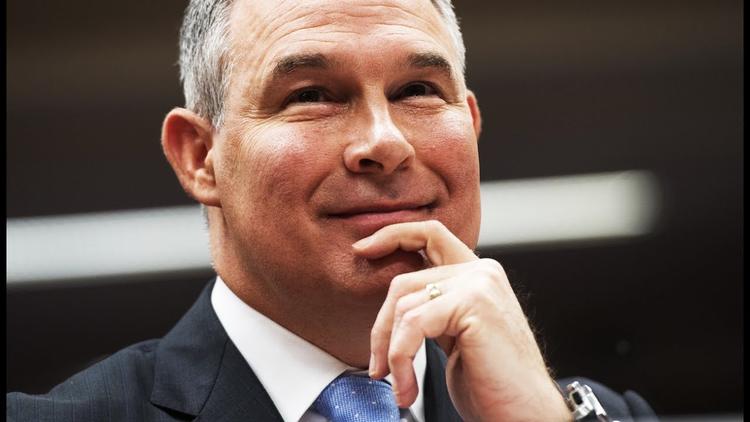 “Does Scott Pruitt know how evil he is? Cenk Uygur, Ana Kasparian, and Ben Mankiewicz, hosts of The Young Turks, discuss.

“Environmental Protection Agency (EPA) Administrator Scott Pruitt reportedly met Dow Chemical CEO Andrew Liveris in March before his office announced in May the rollback of proposed ban on Chlorpyrifos, a deadly pesticide that is known to affect the central nervous system of infants and newborn babies. Chlorpyrifos is an organophosphate made up of white or colorless crystals. It carries the odor of rotten eggs or garlic.”