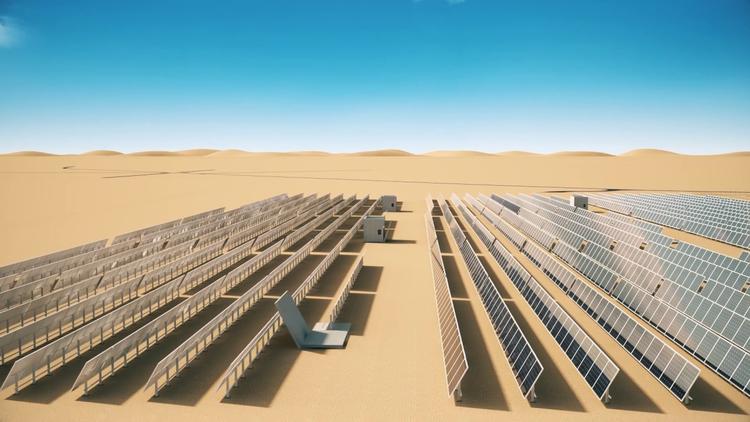 ABU DHABI (IPS) – Much of the world is moving away from oil for its electricity generation, according to the International Energy Agency (IEA), which says that globally the fossil fuel has dropped from a 25 percent share to 3.6 percent over the last four decades.
The total global production capacity of power converted from solar energy has also increased by 33 percent in 2016 and is expected to increase to 983GW by 2030 and, by doing so, comprise of over 10 percent of the world’s expected capacity, according to the latest Renewables Global Status Report.

And, as the Gulf States take steps to expand their use of clean energy, an ambitious plan by the United Arab Emirates to boost its use of renewable electricity from less than 1 percent to 50 percent by 2050 could be a game-changer for the region, experts say.

Dropping oil prices and growing concerns about climate change have exposed the downsides of relying on oil. As the Gulf’s demand for power continues to rise, the UAE is leading the way in shifting to greener energy resources including multiple major investments in solar projects in order to reduce energy consumption and preserve natural resources.

In Abu Dhabi, for example, construction began earlier this year for an 11.1.1GW plant, its largest solar photovoltaic (PV) power plant yet, which is to produce enough electricity to power about 200,000 houses.

According to a press release, the plant, being constructed by Japan’s Marubeni and China’s JinkoSolar, is to be connected to the grid between the last quarter of next year and March 2019.

“This project must be associated with the creation of advanced research centre to drive the economic and technological journey, placing the UAE on the world map of knowledge-based economies,” tweeted Sheikh Hazza bin Zayed, the vice chairman of the Abu Dhabi Executive Council, about the launch of the construction.

This project falls in line with the UAE Energy Plan 2050, which aims to increase clean energy use by 50 per cent and improve energy efficiency by 40 per cent, resulting in savings worth Dh700 bn.

Dubai’s Electricity and Water Authority, DEWA, has also launched a number of major projects on renewable energy, to drive the sustainable development of the Emirate.

This includes the Mohammed bin Rashid Al Maktoum Solar Park, the largest single-site solar park in the world and the first of its kind to be implemented according to the Independent Power Produce (IPP) model, with a total investment of AED 50 billion, and a planned capacity of 1,000 MW by 2020 and 5,000 MW by 2030.

According to Energy Digital, the park will eventually save approximately 6.5 million tons per annum in emissions.

Hazza bin Zayed also wrote that UAE’s interest in producing renewable energy is leading to a decline in the global cost of energy tenders in solar power and wind energy, , especially in Europe and other parts of the Middle East.

DEWA has already broken two world records with the project – first, by obtaining the lowest price globally for the park’s second phase, at USD 5.6 cents per kilowatt hour (kW/h) last year and another, earlier this year, with the lowest recorded bid being USD 2.99 cents per kW/h for the 800MW third phase of the park.

DEWA’s has also launched the Shams Dubai initiative, the largest distributed solar rooftop project in the Middle East, which has commissioned DP world into installing 88,000 rooftop solar panels in some of its houses and building complexes. Any surplus energy will be exported back into DEWA’s grid.

“This supports our efforts to achieve the Dubai Clean Energy Strategy 2050, launched, to transform Dubai into a global hub for clean energy and green economy,” writes Saeed Mohammed Al Tayer, MD and CEO of DEWA about the initiative, in a column for a local publication.

He added that DEWA’s strategy is in line with Dubai’s target of generating 5,000MW of solar power by 2030, comprising 25 percent of its total power output.

Dubai has also taken up a number of other initiatives and projects including a 1.5MW system deployed at the Jebel Ali Power Station and the Dubai solar schools program, which targets around 50MW over three years of systems installed in schools across the emirate. The Dubai based Al Nabooda Automobiles has also signed a solar lease for the development of 6.7MW of solar power to their new DIC facility and Aramex has a new 3MW system on their logistics facility.

Al Tayer added that due to UAE’s positioning on the solar belt makes solar energy the most common source of clean energy in the UAE and the country now realizes the importance of harnessing it.