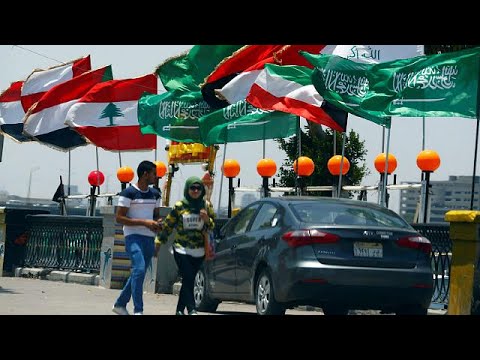 Saudi Arabia said restrictions on Qatar will continue, but it did not announce new sanctions against Doha.

Foreign ministers from Egypt, Saudi Arabia, the United Arab Emirates, and Bahrain have issued a statement on Wednesday saying that Doha’s response to their demands to end the crisis was “negative” and current restrictions on Qatar will continue.

“The response the four states got was overall negative and lacked any content. We find it did not provide a basis for Qatar to retreat from its policies,” Egyptian Foreign Minister Sameh Shoukry said reading out a joint statement.

He also described Doha’s response as a “position that reflects a failure to realize the gravity of the situation.”

“The political and economic boycott will continue until Qatar changes its policies for the better,” Saudi Foreign Minister Adel al-Jubeir said at a news conference.

He added that further steps would be taken against Qatar at the appropriate time, and would be in line with international law.

Foreign ministers from the four Arab states met in Cairo on Wednesday, a month after they severed ties with the Gulf state, to discuss the situation after a deadline they gave Qatar to meet 13 demands expired.

The authorities in Doha have responded to the demands via letter to Kuwait, who was acting as a mediator since the beginning of the crisis, but no details of the response have been publicly released.

After confirming receiving the response, Saudi Arabia and its allies said Qatar “will receive a reply in due time.”

The Saudi-led group accuses Qatar of supporting Islamist militants and being an ally of regional rival Iran, which Doha denies.

On June 22, the four nations issued a 13-point list of demands and gave Qatar 10 days to respond. On Sunday, the deadline was extended by 48 hours.

The list of demands included Doha ending its support for the Muslim Brotherhood, closing Al Jazeera Media Network, downgrading diplomatic ties with Iran and shutting down a Turkish military base. Saudi Arabia said the list was non-negotiable.

On Tuesday, Qatar’s foreign minister said the list of conditions for restoring relations “is unrealistic and is not actionable.”

“It’s not about terrorism, it’s talking about shutting down the freedom of speech,” Sheikh Mohammed bin Abdulrahman Al Thani said.

If Qatar’s response to the demands fails to satisfy the Arab states, it may face further isolation and possible expulsion from the Gulf Cooperation Council, a regional economic and security cooperation body founded in 1981.

Suggesting it was ready for a prolonged dispute with its Gulf neighbours, Qatar announced plans to raise Liquefied Natural Gas production capacity by 30 percent over the coming years.

Sheikh Mohammed said Doha was still looking to solve the crisis through dialogue and was doing all it could do to reach agreement.

“The state of Qatar has adopted a very constructive attitude since the beginning of the crisis. We are trying to act mature and discuss the matter,” he said.