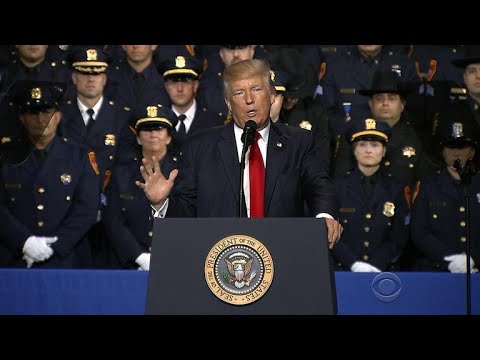 Trump is a “Tyrannical Sadist”. It may not be a personality disorder in the latest diagnostic manual on its own any more (it was considered too close to Anti-Social Personality Disorder) , but it is kind of like pornography. You know it when you see it.

Trump enormously enjoys humiliating people. That much is clear. But his practice of the syndrome is not random. Here are the rules of the game as he plays it:

1. Find a small, helpless group against whom there is a great deal of prejudice and target them. That is what Trump did to transgender troops in the military. He is banking on not provoking large demonstrations. He is banking on getting away with it. Trump was trying to please the evangelicals who support him, and is not afraid of reprisals. He had earlier done this to Muslim Americans.

2. Target a subordinate who cannot fight back for public humiliation. Trump’s campaign at Twitter against his attorney general Jeff Sessions was undertaken in the knowledge that Sessions only had three choices. He could acquiesce in the will of the president and do what Trump wants– i.e. fire special prosecutor Robert Mueller. Or he could resign. Or he could continue the fight by acting independently. Trump delights in knowing that he is the one who imposed the choice of three paths on Sessions, which may be for him psychologically more gratifying even than a firing.

3. Have a surrogate target a subordinate who cannot fight back for public humiliation. Hence new White House communications director Anthony Scaramucci targeted White House Chief of Staff Reince Priebus, accusing him (without any proof) of leaking White House secrets. Priebus understood the nature of the attack on him, and resigned with a smile on his face. Priebus is aware that a food fight with Trump could cost him future lucrative opportunities, and Trump knew this as well.

4. Encourage persons in a position of power and authority to act sadistically toward the weak and helpless. That was Trump’s message to an assemblage of policemen in Long Island on Friday. There would have been nothing wrong in urging the police to put gang members who had committed crimes behind bars. But Trump urged the commission of police brutality, in revenge for the gang members being . . . gang members. Trump is seeking vicarious satisfaction of a sadistic sort by inspiring it in others.

5. Campaign to have colleagues act sadistically en masse to some 26 million people, so that the pleasure of hurting others is massively multiplied. This form of the disorder was on display as Trump pushed to repeal Obamacare this week. That it is about hurting the weak is clear from the option of repealing without replacing. It would be enough to simply deprive people of health insurance, in order to reestablish a social hierarchy that Obama disrupted by trying to make health insurance universal. Mitt Romney, the honest conservative, admitted that the Republican health care plan is for the poor to be treated in emergency rooms. He also complained that the Dems win presidential elections because nearly half the population is on the government dole. (Retirees getting paid back their social security money that they deposited in the first place are not in fact moochers, and nor are retired military personnel– like my own father– or students, or a whole host of other people who get money from the government.). The social hierarchy, of the rich and deserving and the feckless middle class and the poor welfare queens underpins his determination to get rid of Obamacare, which blurred some of those lines. Part two of the sentiment is that the poor must be hurt because they dare be poor.

Tyrannical sadism has been termed the most terrifying and hurtful type of sadism. Persons afflicted with this disorder positively enjoy humiliating people in public and making their prey put their heads down.

The big danger is that Trump could use his position as president provoke a rash of copy cat hate crimes.