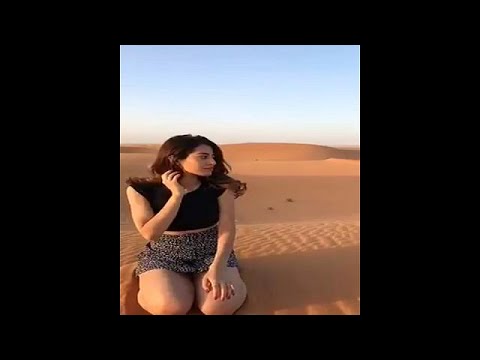 The intrepid Yaroslav Trofimov of WSJ said it all:

Good luck to the Saudi PR campaign about how Qatar is the source of religious extremism in the Middle East. https://t.co/cgGW7ytMiu

Saudi Arabia is leading a propaganda campaign falsely accusing Qatar of supporting extremism in the Middle East, but it just arrested a young model named Khulud for taking a walk at a historic site in Najd wearing a halter and a skirt. The Saudi government insists, despite temperatures of 111 F. in the shade, that women cover themselves up in black robes.

That big black robe accompanied by a complete face veil, called a niqab, is actively forbidden in modern urban societies such as Egypt.

One of the reasons even Middle Eastern governments are afraid of the niqab is that it obscures identity. The state, as James Scott argued, wants its citizens to be transparent to it. Hence, the demand for a first and last name (that was imposed on Iran in the early 1930s by military dictator cum shah, Reza the Great). When somone is wearing a niqab you don’t know their real gender or age. Guerrillas in Algeria during its war of independence from France used to fool the police by dressing as women in niqab. You’d be surprised what you can hide in those robes.

The extremists who kill women and children in acts of terrorism first strip them of any human identity, which is easier if they are in essence already buried under a niqab and its robes.

The extremists who traffic in and enslave women, who beat and abuse them, are in part inspired by a Saudi/Wahhabi vision of gender relations. Women are erased in public, which therefore means woman are second class citizens. They cannot move around without a male guardian.

Khulud maintains that she had a male guardian when she visited the antiquities. She also says that someone posted the video of her in a skirt (the shame!) on her snapchat account without her permission.

Some Saudis on social media are making fun that a pron site is the 19th most visited in the kingdom but people are freaking out that a Saudi man might catch a glimpse of a clothed woman.

But it isn’t funny, it is tragic, and points to a deep problem at the center of Saudi society. The Saudi officials who spread around Wahhabism or Salafism, the puritan form of Islam, are in danger of thereby also spreading around extremist ideas, in Europe and the Middle East. They seem not to realize that while Wahhabis inside Saudi Arabia are quietists, when the same ideas meet a dynamic Wsestern socity, it can turn youth to some brave endeavor.