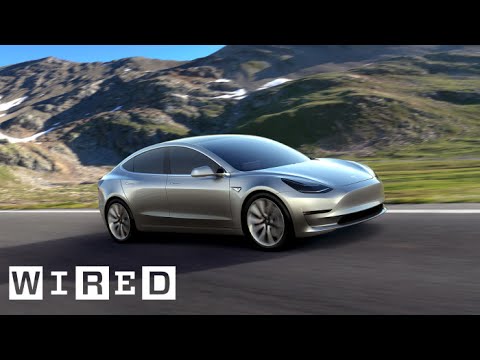 The Telegraph reports that Royal Dutch Shell, the massive oil company, has abruptly decided that petroleum prices are likely to remain low “forever,” given the rise of the electric vehicle.

France and Britain have both just vowed that they will have no gasoline vehicles by 2040, and India and China both have huge electric vehicle ambitions.

Most petroleum is used for transportation, and it is that sector that gives it its high value. It is also used for fertilizer production and plastics, but those sectors are very low-paying compared to transportation. Besides, if people have any sense they will soon start banning plastic, too.

Without internal combustion engine vehicles on the road, petroleum will soon become all but worthless.

Shell appears still to hope against hope that there will be plenty of demand in poorer countries in the 2030s and 2040s, apparently expecting that they will not be able to afford the new electric cars.

Shell would be wrong to bet on this scenario. China is already launching a $22,000 electric car that can be quickly recharged and goes 200 miles on a charge. If they really can pull this feat off by 2022, then imagine what they can do by 2040!

Countries like Norway have demonstrated that tax policy can be successfully implemented to encourage electric car purchases rather than gasoline cars. Poor countries have every reason to want to reduce petroleum import bills in this way, and to go to solar and wind for electricity production.

Not only will the future of transportation be electric, generated by solar and wind, but ride sharing and other innovations may well cut down on the sheer number of vehicles, also reducing petroleum demand.

Shell is not the only hydrocarbon giant from whose eyes the scales are falling.

The state of Oklahoma is putting in a ginormous $4.5 bn., 2 gigawatt wind farm. I love Oklahoma but its right wing politicians have been among the more annoying in the world in their obsequiousness to oil and gas interests. Trump’s EPA-killing secretary of the EPA , Scott Pruitt, is a case in point. But nobody is going to pay 12 cents a kilowatt hour for electricity if it can be had for four cents. This new wind farm will save consumers $7 billion over 25 years even though state and Federal subsidies will have been phased out by the time it comes on line in 2020. An even bigger such facility is being built in Wyoming.

Shell is putting $1 billion into green energy itself and is said to be wary of becoming over-extended in an unfamiliar market. I’d say, get familiar, quick.