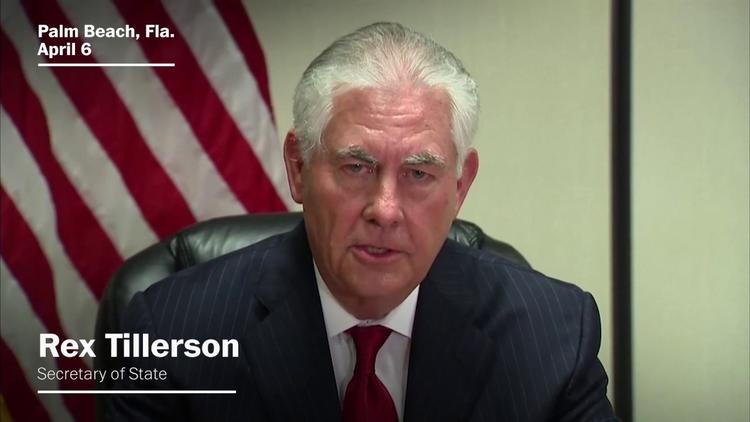 Greg Jaffe and Adam Entous at WaPo report that Trump cancelled the CIA program to support the remnants of the Free Syrian Army a month ago. The decision was made in a meeting of Trump with CIA director Mike Pompeo and National Security Adviser H. R. McMasters, and came just before Trump met (twice) with Russian President Vladimir Putin in Hamburg on the sidelines of the G20 summit.

Ever since Russia intervened in Syria in fall of 2015, its Aerospace forces have given support to the Syrian Arab Army in a bid to roll back and defeat the armed opposition, especially in the northwest of the country. The totalitarian regime of Bashar al-Assad, the Baath Party, has a key vulnerability. The capital is in the south of the country and is supplied by the port of Latakia in the northwest. If the rebels could cut Latakia off from Damascus or could just take Latakia, they could starve the capital of arms and staples and overthrow the regime.

The Russians forestalled any such scenario by pushing Nusra and other militants out of Latakia province, forcing them out of Hama, Homs and East Aleppo, and bottling them up in the rural backwater of Idlib province.

Still, the Syrian Arab Army is small and stretched thin. The small and not very important CIA program was enough to keep some of the rebel groups going in ways that proved an irritant to the Baath government and to Russian strategic planners. They would much prefer that the US stopped supporting the rebels in any way. For one thing, withdrawal of Washington’s backing would be a huge blow to the flagging morale of the opposition.

Trump campaigned on handing Syria over to Russia, and at least with regard to the country’s northwest and deep south, he has followed through.

The cancellation of the CIA program does not affect the Department of Defense effort in the northeast of Syria, which has formed the Syrian Democratic Forces, mainly leftist Kurds fighting ISIL.

Al-Akhbar (leftist, Beirut) wonders if this move will have an effect on the rivalry between US-backed rebels in the southeast near the Jordanian border where the US has a small base. That base is aimed at ISIL to its north but also at Iran and Iranian logistics for supplying Hizbullah. It could be that US troops will now be evacuated from this southeast pocket which would be a victory for Iran more than for Russia.

The Central Intelligence Agency was ordered to begin the program in 2013 by President Barack Obama. It involved vetting opposition guerrilla groups to make sure they did not have links to al-Qaeda or ISIL. The CIA identified some 40 such groups. It appears to have sent them money and light arms through Saudi Arabia’s ministry of intelligence. As a result, probably some groups, like the Army of Islam (Jaysh al-Islam), were included in the vetted category even though their discourse was that of Salafi holy warriors who desired to wipe out the Alawite Shiites. Saudi Arabia follows the militantly puritan Wahhabi form of Islam that hates Shiites the way the devil hates holy water. Having the Saudis be the pass-through for the CIA aid thus allowed Salafi extremists to receive some of it. Other groups appear to have been Syrian Muslim Brotherhood, whom the Saudis could not have been eager to help. (The Saudis like fundamentalist Salafis but hate fundamentalist Muslim Brethren with a passion).

Although these groups were “vetted” for contacts with al-Qaeda, some of them occasionally formed battlefield alliances with the Nusra Front, an al-Qaeda affiliate.

Many of these remnants of the Free Syrian Army appear to have been small and to have controlled two valleys and a hill each. The most effective fighters in the opposition continued to be extremists, whether Nusra or its forrmal ally, the Freemen of the Levant.

The Free Syrian Army and the more radical groups have in any case been decisively defeated, with Russian help. The only reason given for continued US backing of a lost cause was to maintain some leverage to force Bashar al-Assad from office. But al-Assad won’t be forced out as long as he has Iranian and Russian support, so that wasn’t going to happen. The US program was just prolonging the violence in some northern provinces.

The Syrian regime appears to hope that without lukewarm US backing for some of the rebels, the civil war will died down quickly. They are misreading the situation and blaming the victim. But for the moment, they have won.

WaPo: “Trump is shutting down a secret CIA program in Syria”