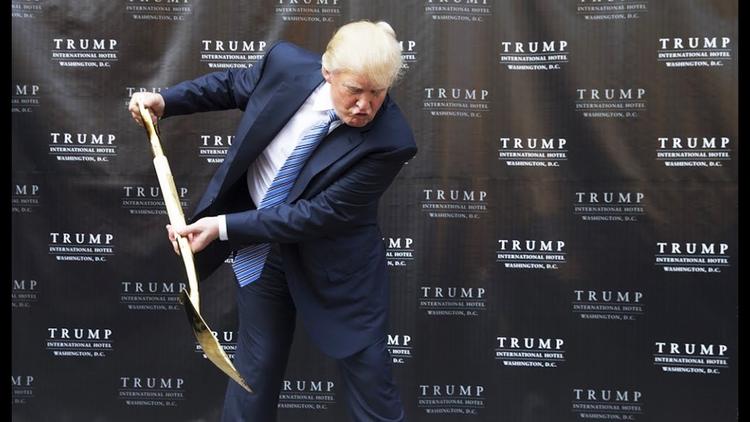 The billionaires who backed Trump are making out a lot better than Putin.

I’ve always been a little skeptical that there’d be a smoking gun about the Trump campaign’s alleged collusion with Russia. The latest news about Donald Trump, Jr., however, is tantalizingly close.

The short version of the story, revealed by emails the New York Times obtained, is that the president’s eldest son was offered “some official documents and information that would incriminate Hillary” and “would be very useful to your father.”

More to the point, the younger Trump was explicitly told this was “part of Russia and its government’s support for Mr. Trump.” Donald, Jr.’s reply? “I love it.”

We still don’t have evidence they coordinated with Russian efforts to release Clinton campaign emails, spread “fake news,” or hack state voting systems. But at the very least, the top members of Trump’s inner circle turned up to get intelligence they knew was part of a foreign effort to meddle in the election.

Perhaps. But it’s worth asking: Who’s done the real harm here? Some argue it’s not the Russians after all.

“The effects of the crime are undetectable,” the legendary social critic Noam Chomsky says of the alleged Russian meddling, “unlike the massive effects of interference by corporate power and private wealth.”

That’s worth dwelling on.

Many leading liberals suspect, now with a little more evidence, that Trump worked with Russia to win his election. But we’ve long known that huge corporations and wealthy individuals threw their weight behind the billionaire.

That gambit’s paying off far more handsomely for them — and more destructively for the rest of us — than any scheme by Putin.

The evidence is hiding in plain sight.

The top priority in Congress right now is to move a health bill that would gut Medicaid and throw at least 22 million Americans off their insurance — while loosening regulations on insurance companies and cutting taxes on the wealthiest by over $346 billion.

As few as 12 percent of Americans support that bill, but the allegiance of its supporters isn’t to voters — it’s plainly to the wealthy donors who’d get those tax cuts.

Yet even as scientists warn large parts of the planet could soon become uninhabitable, the fossil fuel-backed Trump administration has put a climate denier in charge of the EPA, pulled the U.S. out of Paris, and signed legislation to let coal companies dump toxic ash in local waterways.

Meanwhile, as the administration escalates the unpopular Afghan war once again, Kushner invited billionaire military contractors — including Blackwater founder Erik Prince — to advise on policy there.

Elsewhere, JPMorgan CEO Jamie Dimon and other architects of the housing crash are advising Trump on financial deregulation, while student debt profiteers set policy at the Department of Education.

Chomsky complains that this sort of collusion is often “not considered a crime but the normal workings of democracy.” While Trump has taken it to new heights, it’s certainly a bipartisan problem.

If Trump’s people did work with Russia to undermine our vote, they should absolutely be held accountable. But the politicians leading the charge don’t have a snowball’s chance of redeeming our democracy unless they’re willing to take on the corporate conspirators much closer to home.

Peter Certo is the editorial manager of the Institute for Policy Studies and the editor of Foreign Policy In Focus.

The Young Turks: “Trump’s Infrastructure Plan Funnels Your Taxes To His Billionaire Friends”