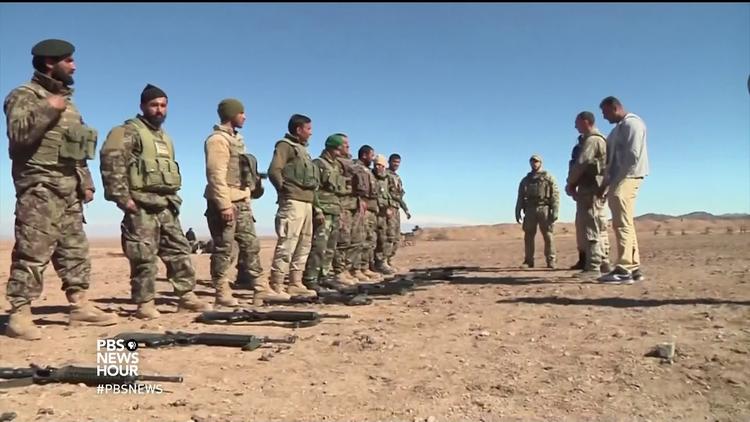 Despite the campaign promise to distance himself from Afghanistan, President Trump has now publically taken ownership of America’s Longest War, 2001-Present. Trump’s decision not to completely withdraw the armed forces or subcontract the warfare to Blackwater (a private military company) are clever choices for the wider “War on Terrorism.” His reluctant acceptance to carve a path forward, without losing the gains in Afghanistan, reminds us of Leon Trotsky’s famous maxim, “you may not be interested in war, but war is interested in you.”

Trump’s Afghanistan Strategy entails some key changes. When fully executed, these changes shall produce a meaningful impact on the battlefield, which should translate to welcoming news for the weary public in the U.S. and Afghanistan.

To recap the main changes of Trump’s Afghanistan Strategy: 1) shift away from rebuilding and concentrate on the national security threats emanating from the militant groups operating in Afghanistan, 2) move from President Obama’s arbitrary deadlines to a condition-based scenario, 3) hold Pakistan accountable for their support of the Taliban and for providing safe-havens for the other terrorists, 4) further partnership with India to help with Afghanistan, and 5) end Washington’s micromanagement of the battlefield decisions so military action against the militant targets could be taken in real-time.

The above points are indeed significant changes. At the same time, some key issues were left out of Trump’s address to the American public. The first set of issues are related to Afghanistan’s domestic affairs. Why are these issues/questions important? For any success to ensue, Washington D.C. and Kabul must be on the same wavelength. Otherwise a military surge alone will not deliver the type of results that Trump’s administration, the American and the Afghan public are hoping for. Below are three pressing issues that Kabul must answer or pay close attention to:

1) President Ghani of Afghanistan has expressed his “gratitude” on a phone conversation to Vice President Mike Pence for the continuous U.S. help, but the question remains on how Ghani perceives the Taliban. For Ghani, are the Taliban “brothers” or terrorists? We must remember, most of the recent attacks on civilians have been carried out by the Taliban, and not by the ISIS in Afghanistan?

2) What are Ghani’s plans to ease the processes of creating private businesses, employment opportunities, and making Afghanistan financially self-reliable? How does Ghani intend to increase the government’s revenue to finance the much needed development projects?

3) How will Ghani, in the remaining two years of his term, tackle nepotism and corruption at a time when prominent figures of his own government are undermining him publically?

The second set of issues pertain to Trump’s integrated regional approach. These questions must be taken into account, in conjunction with the above questions, to create a winnable condition – so the armed forces can return from Afghanistan with the type of respect and honor they deserve. But, how? Winning in Afghanistan requires a military, economic, and diplomatic approach to further avoid the slippery slope of getting tangled in a “War of Attrition” with the decentralized Taliban, the Haqqani Network, and the ISIS militants. To avoid an endless quagmire demands 1) Creating diplomatic capacity in the U.S. Department of State to work closely with regional actors. 2) Using the lessons gained of the last sixteen plus years (PRT, CIGAR, and USAID) to carefully design a sustainable development plan that meets the needs of urban, semi-urban, and rural Afghans. 3) Have Turkey, Saudi Arabia, and other GCC members to shoulder some of Afghanistan’s infrastructure projects – without having them export a new wave of ‘Wahhabism’ or Brotherhood ideologies to the socially fragmented country.

In conclusion, President Trump has taken the first critical step vis-à-vis the ongoing War in Afghanistan. The success of troop surge, as stated previously, depends on how well he coordinates the regional actors to help Afghanistan with capacity building so the country’s institutions can stand on its own feet. Apart from the time factor, this task also requires robust diplomacy that can muster international funds to finance Afghanistan’s rebuilding. This is not a simple undertaking, however, it has a profound consequence for the future of War in Afghanistan. With commitment from Ghani and Pakistan (unlike before), we have to see if Trump will soon put in place the other two missing components: Diplomacy (on a regional level) and Development (avoiding the corrupt channels).

Solaiman M. Fazel, recently completed his doctorate in the Department of Anthropology, Indiana University, Bloomington. In 2016-17, he served as a Future Faculty Fellow in the Departments of Anthropology and Sociology. Dr. Fazel has taught courses on the Modern History of the Middle East, Iran and Afghanistan, and Globalization.

PBS NewsHour: “How the world is reacting to Trump’s speech on Afghanistan”