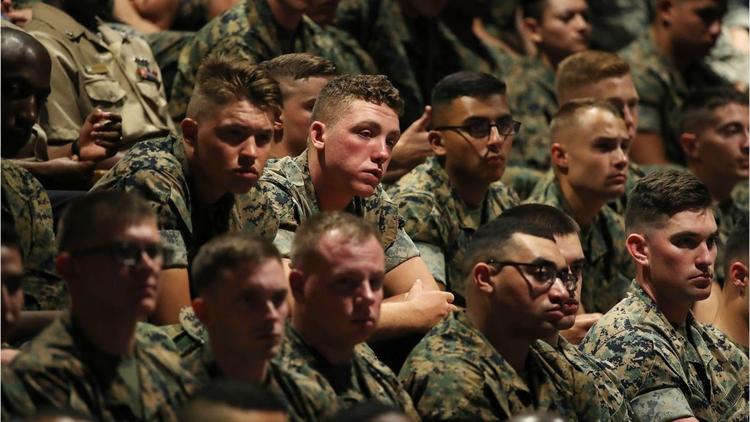 The news comes prior to a boost in U.S. forces as part of Trump’s “new approach” to quelling the Afghan insurgency.

In a rare step toward transparency, the Pentagon has revealed that about 11,000 U.S. troops are currently fighting in the 16-year-long war in Afghanistan, nearly a quarter more than the previously stated count of 8,400 reported by the Obama administration.

The announcement comes prior to an expected boost in U.S. forces to the war-ravaged country made public earlier this month by President Donald Trump, who signed off on bolstering NATO’s occupation force in Afghanistan by 3,900 additional personnel as part of his “new approach” to quelling the nationwide insurgency.

While the administration of his predecessor Barack Obama had set a cap of 8,400 U.S. troops in Afghanistan, commanders brought in thousands of private military contractors and personnel on temporary duty, skirting the Pentagon’s elaborate Force Management Level system of providing a head count of U.S. forces in the Central Asian country.

“There’s a very strange accounting procedure I inherited,” the Defense Secretary Jim Mattis told reporters last week. Mattis said that he would wait for a complete count of military personnel in Afghanistan before making a decision on how many additional troops to send.

“This is not an attempt to bring more forces in, but it is an attempt to actually clarify a very confusing set of reporting rules that has the unintended consequence of forcing commanders to make readiness trade-offs,” said Lieutenant General Kenneth McKenzie, Jr., director of the Joint Staff. “So what it does is, it actually lets the American people know what their sons and daughters are doing in Afghanistan.”
Military intelligence personnel hold a memorial service for a platoon member killed in southern Afghanistan. | Photo: Reuters

“The Obama Administration did not shoot straight on how many people they sent to Afghanistan, which added cost to the mission and made it harder to succeed,” Thornberry said.

Trump recently announced his “new approach” to the war aiming to “prevent Afghanistan from becoming a safe haven for Islamists aiming to attack the United States,” while signaling an intention to fight the Taliban until it’s willing to begin a peace process with the U.S.-backed government of President Ashraf Ghani.

The Taliban has remained firm in its rejection of negotiations with the U.S. occupation forces and the “the impotent and incapable Kabul administration.”

“The real issue in Afghanistan is the presence of foreign forces and the objectives of American invaders in killings and protraction of war,” the Taliban said in a statement.

“(We have) a clear policy about negotiations,” the statement added. “Our true adversary is the occupation side and the real issue of our country is the presence of foreign occupiers … Talking about minor matters and side notes during the presence of occupation does not have any benefit.”