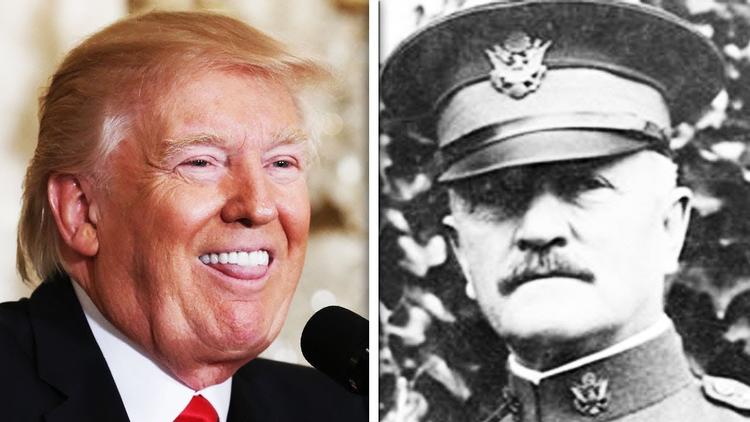 A vehicular terror attack in Barcelona that left over a dozen people dead and 100 injured has been claimed by ISIL. Another terrorist attack in the small city of Cambrils was thwarted by Spanish police. The terrorist organization has repeatedly threatened Spain for its logistical and other support to the NATO effort to destroy ISIL in Syria and Iraq. Spain is also of special interest to far right wing Muslim groups because of the nostalgia factor. Southern Spain was once Muslim, until the Castilians completely conquered it and expelled the Muslims in 1492. ISIL once boasted of being a state, but it has only a few pockets of territory left in northern Iraq and in eastern Syria. That territory is shrinking daily. One strategy defeated terrorist groups sometimes adopt is to “haunt” the victors with revenge attacks. It is difficult to imagine that driving down tourists in Barcelona would have a significant impact on the Coalition war on ISIL. ISIL is also interested in polarizing the relations between Christians and Muslims, and this plot may lie in part behind the attack.

My heart goes out to the people of Barcelona, which I have visited on several lovely occasions.

President Trump responded by telling again the false story that Gen. John Pershing executed Muslim POWs in the Philippines with bullets dipped in pigs blood, and that thereafter they were quiet.

It was a shocking story to tell on the day of an attack on Spain.

It would be sort of like if God forbid Tokyo were attacked and Trump tweeted about how the US showed them at Hiroshima and Nagasaki.

Because Pershing was part of the naked act of US aggression on Spain in 1898. Under the guise of sympathizing with Cuba’s desire for independence, the US usurped Puerto Rico and Guam, and forced Spain to sell it the Philippines for $20 mn.

Despite the cover story of sympathizing with Cuba, the US went on to occupy Cuba three times for several years each, to usurp land for a naval base at Guantanamo, and to practice indirect neo-colonialism in Cuba and direct colonialism in the other Spanish possessions it stole. It still won’t give Puerto Rico statehood or let it become independent (being of in-between status is destroying the island). Guam is also still just a “territory” (do democracies have colonial territories?) and more recently is emerging as a North Korean target.

As for the Philippines, like Cuba its people actually wanted independence from the Spanish Empire.

But the Americans who invaded it and detached it from Madrid had different ideas.

In one of the most shameful and brutal actions of the American Empire, the US repressed Filipino uprisings, becoming responsible for killing 20,000 freedom fighters and 400,000 civilians. When villages rose up or sheltered guerrillas, the Americans ruthlessly rounded them up and put them in concentration camps, where unsanitary conditions led to disease outbreaks.

That is, all those American politicians who condemn Bashar al-Assad for atrocities in Syria should remember that the US did worse to the Philippines than al-Assad has done to his country. (Al-Assad should be condemned, but not by people who think the US occupation of the Philippines was all right).

One group that showed special spunk in standing up to the American invasion and occupation of their territory was the Moro Muslims in the far south. Pershing served as military governor of this province and had the rebels killed. In 1913 the US reduced a Muslim fortification and killed all the fighters, refusing to take prisoners (a war crime).

Let me underline this. The only reason Pershing had to deal with Muslims was that the US aggressively attacked Spain on the pretense of sympathizing with rebellious colonial subjects, then promptly imposed American subjection on the Filipinos, and polished off 420,000 of them for not going along with this shameful proceeding. Americans who threw off the British in New York and Massachusetts are celebrated in the US, but Filipinos, including Moro Muslims, who similarly attempted to throw off an occupation army are denigrated as terrorists.

Pershing did kill Moro Muslims, but not with pig’s blood. As Wajahat Ali has pointed out, pigs are not kryptonite for Muslims. Moreover, Moros never gave up the fight for more control over their own destinies, so Trump’s fantasy that they were repressed for 25 years or 35 years is incorrect.

Worst of all, Trump has played into ISIL’s hands by identifying a legitimate national liberation movement in Moro under Pershing with terrorism.

Trump is broadcasting ISIL propaganda, that the US is a colonial power brutalizing Muslims and just brandishing the term “terrorism” to hide its own crimes.