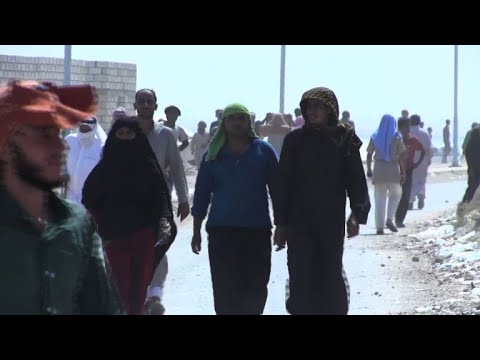 GENEVA, Switzerland (IPS) – The war in Syria has now entered its 6th year and is becoming the world’s worst man-made disaster.

The humanitarian calamity in Syria has affected millions of lives; more than half of Syria’s pre-war population has been forced to flee, including 6.3 million internally displaced persons and 5.1 million refugees living in refugee camps in the Middle East and in Europe. It is also estimated that approximately 465,000 people have lost their lives because of this enduring conflict with no immediate end in sight.

Arab civilians are also suffering in other major armed conflicts in the Middle East. According to UNHCR and the Internal Displacement Monitoring Centre, at least 3 million Iraqis have been displaced as a result of the civil strife in Iraq.

Iraq Body Count estimates that more than 50% of the war-related deaths – following the 2003 Iraq invasion – were civilians.

In Yemen, the United Nations estimates that more than 10,000 civilians have perished from the fighting between Yemeni government forces and the Houthi rebels. On top of this, IOM and UNHCR estimates that around 3 million Yemeni civilians have been displaced from their homes since the beginning of the conflict.
World Humanitarian Day / Dr. Hanif Hassan Ali Al Qassim. Credit: United Nations Library at Geneva

The high civilian tolls witnessed in these conflicts reveal that civilians are increasingly bearing the burden of armed conflicts in the Arab region.

The pattern of modern warfare has changed: battles that were once fought in the unpopulated shores of Normandie and in the desert of El Alamein are now being fought in the urban centres of Gaza, Mosul, Baghdad and Aleppo affecting the lives of millions of civilians.
The theme of the 2017 World Humanitarian Day – Civilians caught in conflict are not a target – reaffirm the vision expressed in the 10 May 2017 report of the United Nations Secretary-General on the protection of civilians in armed conflict calling for “collective action to strengthen the protection of civilians in armed conflict.”

A “global protection crisis” has emerged – noted the Secretary General in the same report – owing to the rise of use of force of which civilians are ultimately the main victims. Since the end of World War II, it is estimated that between 60-90% of war-related deaths are primarily among civilians. Civilians have become the primary casualties of war in the 21st century.

The irregular and black market arms trade have fuelled the rise of violent and extremist groups in numerous countries in the Arab region.

Although the Arms Trade Treaty sought to regulate the international arms trade, the flow of arms and weapons to violent and extremist groups continues to fuel bloody conflicts in the Arab region owing to the lack of ratification of the Treaty by the member states of the United Nations.

World Humanitarian Day / Civilians are Not a Target

The use of heavy weapons, so-called strategic bombardments and the use of modern technologies such as drones have increased the likelihood of inflicting collateral damage on civilians during armed conflicts. The disproportionate use of force has caused immense suffering leading to abuse and to killings of civilians. Collateral damage has emerged as an acceptable term to justify errors and the indiscriminate use of force.

In order to respond to the need to provide protection to civilians in armed conflict, the world has a moral responsibility to end the illegal trade of arms and weapons fuelling the growth of violent and extremist groups.

States need to ratify the Arms Trade Treaty and comply with its provisions so as to end the illicit arms trade that is currently estimated to lie at around 10 billion US dollars per year. Weapons and arms should not end up in the hands of extremist groups such as DAESH that commit heinous and unscrupulous crimes on civilian populations in the Arab region.

I also appeal to the international community to ensure that all parties to conflict comply with their provisions to protect the lives of civilians in line with the provisions set forth in the Convention for the Protection of Civilian Persons in Time of War commonly known as the Fourth Geneva Convention.

Respect for international law must guide the actions of belligerents in armed conflicts. Widespread crimes against humanity affecting civilians must be condemned uniformly by world leaders regardless of where they take place. Civilians should not bear the burden of the devastating consequences of military conflicts.