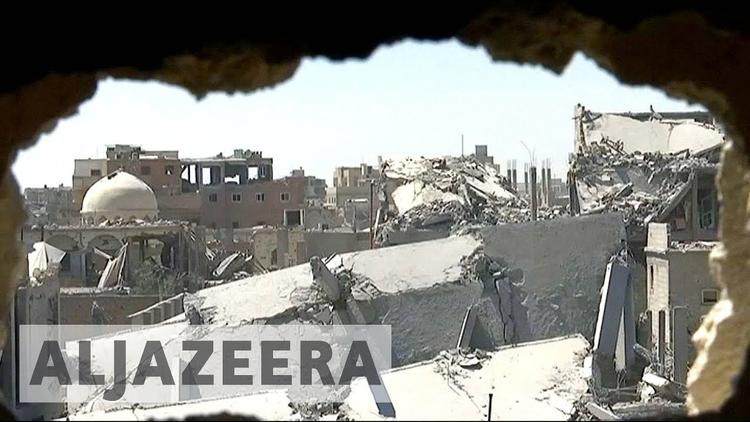 UNITED NATIONS, Aug 28 2017 (IPS) – The battle to reclaim Raqqa, the de facto capital of the Islamic State of Iraq and Levant (ISIL/Da’esh), has raised concerns among top UN officials as at least 20,000 civilians remain trapped under heavy fire in the city. Last week Monday, 42 civilians, including 12 women and 19 children, were killed in an air attack, according to the AP.

The heavy fighting to drive out ISIL, led by the United States (US) coalition and the Syrian Democratic Forces (SDF), has come under attack for its relentless air raids, which has killed hundred of civilians since June, according to a report by Amnesty International. SDF typically bears the responsibility to chart coordinates for airstrikes which are led by the US coalition. However, this has also made room for gross miscalculations and loss of both SDF fighters, at least 18 in April, and civilians, whose numbers remain unknown.

When Jan Egeland, a top advisor to the UN Special Envoy for Syria, briefed journalists in Geneva recently, he spoke to the complexity of the situation in Raqqa, as ISIL encircles the city and traps civilians to use them as human shields. Additionally, a collapse of communication, he said, has made things worse.

“I say this also recognizing here and in the Humanitarian Task Force that the difference between this situation and Aleppo and other besieged areas is that we do not have contact with those holding those neighborhoods in Raqqa,” Egeland said. He stressed that a lack of “two-way communication” and a “very deliberate policy of holding people, and using them as human shields” has scared civilians into staying in the city.

Egeland said that he could not imagine a “worse place on earth now than in these five neighborhoods” referring to the areas under the terror of ISIL control.

Still, many have left the city and the UN was able to reach those escaping. In his remarks, Egeland stressed all member parties of the International Syria Support Group (ISSG), which was established in 2015 to build policies towards peace in the region, to help civilians escape into safer areas. The decision to do so, he said, rested with the members of the US-led coalition, who are also key members of ISSG.

Similarly, cautions are also being raised in the city of Deir ez-Zor, which is home to 90,000 people, and where clashes between ISIL and pro-government forces have lately ramped up.

The Syrian conflict has prompted several rounds of negotiations, as warring parties have convened in Geneva, Ankara and Kazakhstan for diplomatic intra-Syrian negotiations. The next round of talks, set in Kazakhstan, has been delayed until the middle of September.

The Security Council will be briefed by the Special Envoy for Syria, Staffan de Mistura, this Wednesday, August 30th.