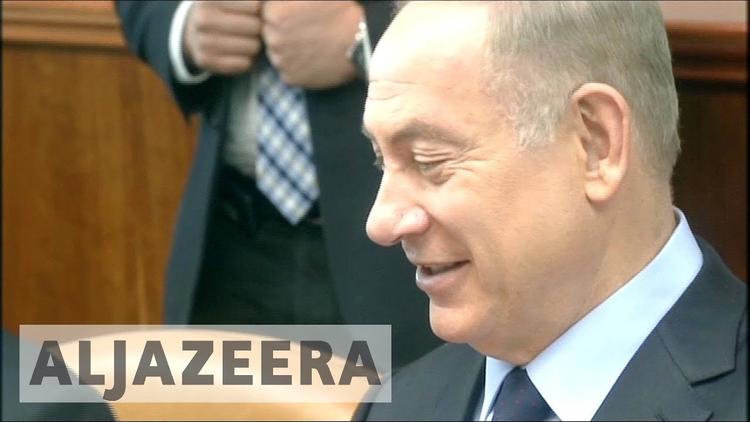 Israeli Prime Minister Benjamin Netanyahu is under growing legal pressure as investigators appear to be focusing on his role in a series of high-profile cases, which a national court said could result in corruption charges.

Netanyahu had been question under caution by police over Case 1,000, dealing with gifts given to the Israeli leader and his family by businessmen, and Case 2,000, related to conversations he had with the publisher of one of Israel’s largest newspapers, Yedioth Ahronoth, for positive coverage.

Israeli police are also investigating a US$2 billion deal to buy German submarines, in which Netanyahu’s personal lawyer also represented the local agent of the submarine manufacturer. Netanyahu, who is not under investigation in the case, has given his full backing to his lawyer.

An Israeli court recently said that the two cases involved “suspicion of the commission of the felonies of bribery, fraud and breach of trust,” but did not specify who might be charged for the crimes.

One day later, Netanyahu’s former chief of staff, Ari Harow, signed a state witness settlement in which he agreed to testify on behalf of the state in the two graft cases.

Under the deal, Harow agreed to confess to fraud and breach of trust, the court injunction said. He will be sentenced to a six-month-long imprisonment, commuted to community service and will receive a fine of US$194,000.

Netanyahu has denied any wrongdoing, and his spokesman said in a statement that the politician was the target of “a witch-hunt” designed to force him out of office.

In a Facebook video, Netanyahu dismissed the developments as “the inevitable scandal-of-the-week.”

“I would like to tell you, citizens of Israel, that I do not heed background noises,” he said. “I continue to work for you.”

On Monday, Israel’s Supreme Court ordered Netanyahu to disclose the dates of his phone calls with Amos Regev, the former editor-in-chief of the free newspaper Israel Hayom, and Sheldon Adelson, a U.S. billionaire and media mogul. Israel Hayom and Adelson are both seen as supportive of Netanyahu.

“The public interest in releasing this information outweighs the considerations for Netanyahu and Adelson’s right to privacy,” Justice Menachem Mazuz wrote in the ruling.

In his 11 years in office, Netanyahu has weathered several scandals and police inquiries. Police are now also investigating Netanyahu’s wife over her alleged misuse of official government funds.

Despite the investigations, it will take several months before it remains clear if Netanyahu will face charges. Under Israeli law, he would not be obliged to resign were he charged.

“Formally, he won’t have to resign,” Barak Medina, a law professor at Jerusalem’s Hebrew University, told the Associated Press.

“But if all the information comes out and the police recommend he be charged with a serious crime, it is unlikely he will be able to carry on in his job.”