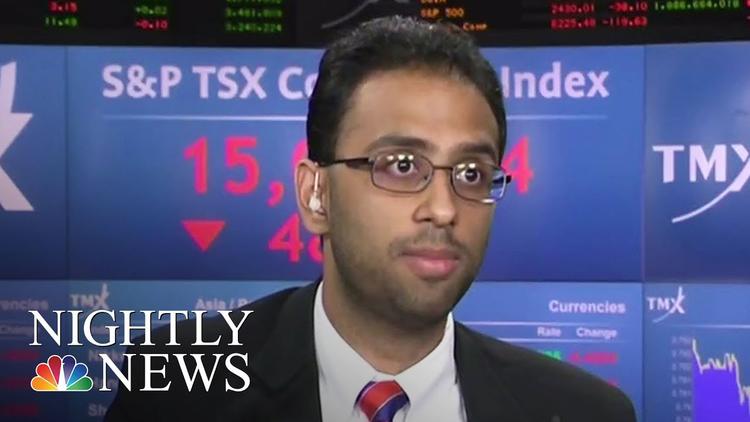 Because of its “extreme hostility toward Muslims,” the website Jihadwatch.org is considered an active hate group by the Southern Poverty Law Center and the Anti-Defamation League. The views of the site’s director, Robert Spencer, on Islam led the British Home Office to ban him from entering the country in 2013.

But its designation as a hate site hasn’t stopped tech companies — including PayPal, Amazon and Newsmax — from maintaining partnerships with Jihad Watch that help to sustain it financially. PayPal facilitates donations to the site. Newsmax — the online news network run by President Donald Trump’s close friend Chris Ruddy — pays Jihad Watch in return for users clicking on its headlines. Until recently, Amazon allowed Jihad Watch to participate in a program that promised a cut of any book sales that the site generated. All three companies have policies that say they don’t do business with hate groups.

Jihad Watch is one of many sites that monetize their extremist views through relationships with technology companies. ProPublica surveyed the most visited websites of groups designated as extremist by either the SPLC or the Anti-Defamation League. We found that more than half of them — 39 out of 69 — made money from ads, donations or other revenue streams facilitated by technology companies. At least 10 tech companies played a role directly or indirectly in supporting these sites.

Traditionally, tech companies have justified such relationships by contending that it’s not their role to censor the Internet or to discourage legitimate political expression. Also, their management wasn’t necessarily aware that they were doing business with hate sites because tech services tend to be automated and based on algorithms tied to demographics.

In the wake of last week’s violent protest by alt-right groups in Charlottesville, more tech companies have disavowed relationships with extremist groups. During just the last week, six of the sites on our list were shut down. Even the web services company Cloudflare, which had long defended its laissez-faire approach to political expression, finally ended its relationship with the neo-Nazi site The Daily Stormer last week.

“I can’t recall a time where the tech industry was so in step in their response to hate on their platforms,” said Oren Segal, director of the ADL’s Center on Extremism. “Stopping financial support to hate sites seems like a win-win for everyone.”

But ProPublica’s findings indicate that some tech companies with anti-hate policies may have failed to establish the monitoring processes needed to weed out hate sites. PayPal, the payment processor, has a policy against working with sites that use its service for “the promotion of hate, violence, [or] racial intolerance.” Yet it was by far the top tech provider to the hate sites with donation links on 23 sites, or about one-third of those surveyed by ProPublica. In response to ProPublica’s inquiries, PayPal spokesman Justin Higgs said in a statement that the company “strives to conscientiously assess activity and review accounts reported to us.”

After Charlottesville, PayPal stopped accepting payments or donations for several high-profile white nationalist groups that participated in the march. It posted a statement that it would remain “vigilant on hate, violence & intolerance.” It addresses each case individually, and “strives to navigate the balance between freedom of expression” and the “limiting and closing” of hate sites, it said.

After being contacted by ProPublica, Newsmax said it was unaware that the three sites that it had relationships with were considered hateful. “We will review the content of these sites and make any necessary changes after that review,” said Andy Brown, chief operating officer of Newsmax.

Amazon spokeswoman Angie Newman said the company had previously removed Jihad Watch and three other sites identified by ProPublica from its program sharing revenue for book sales, which is called Amazon Associates. When ProPublica pointed out that the sites still carried working links to the program, she said that it was their responsibility to remove the code. “They are no longer paid as an Associate regardless of what links are on their site once we remove them from the Associates Program,” she said.

Where to set the boundaries between hate speech and legitimate advocacy for perspectives on the edge of the political spectrum, and who should set them, are complex and difficult questions. Like other media outlets, we relied in part on the Southern Poverty Law Center’s public list of “Active Hate Groups 2016.” This list is controversial in some circles, with critics questioning whether the SPLC is too quick to brand organizations on the right as hate groups.

Still, the center does provide detailed explanations for many of its designations. For instance, the SPLC documents its decision to include the Family Research Council by citing the evangelical lobbying group’s promotion of discredited science and unsubstantiated attacks on gay and lesbian people. We also consulted a list from ADL, which is not public and that was provided to us for research purposes. See our methodology here.

The sites that we identified from the ADL and SPLC lists vehemently denied that they are hate sites.

“It is not hateful, racist or extremist to oppose jihad terror,” said Spencer, the director of Jihad Watch. He added that the true extremism was displayed by groups that seek to censor the Internet and that by asking questions about the tech platforms on his site, we were “aiding and abetting a quintessentially fascist enterprise.”

Spencer made these comments in response to questions emailed by ProPublica reporter Lauren Kirchner. Afterwards, Spencer posted an item on Jihad Watch alleging that “leftist ‘journalist'” Kirchner had threatened the site. He also posted Kirchner’s photo and email, as well as his correspondence with her. After being contacted by ProPublica, another anti-Islam activist, Pamela Geller, also posted an attack on Kirchner, calling her a “senior reporting troll.” Like Spencer, Geller was banned by the British Home Office; her eponymous site is on the SPLC and ADL lists.

Donations — and the ability to accept them online through PayPal and similar companies — are a lifeline for sites like Jihad Watch. In 2015, the nonprofit website disclosed that three quarters of its roughly $100,000 in revenues came from donations, according to publicly available tax records.

In recent weeks, PayPal has been working to shut down donations to extremist sites. This week, it pulled the plug on VDARE.com, an anti-immigration website designated as “white nationalist” by the SPLC and as a hate site by the ADL. VDARE, which denies being white nationalist, immediately switched to its backup system, Stripe.

Stripe, a private company recently described by Bloomberg Businessweek as a $9 billion startup, is unusual in not having a policy against working with hate sites. It does, however, prohibit financial transactions that support drugs, pornography and “psychic services.” Stripe provided donation links for 10 sites, second only to PayPal on our list. Stripe did not respond to a request for comment.

VDARE editor Peter Brimelow declared on his site that the PayPal shutdown was likely part of a purge by the “authoritarian Communist Left to punish anyone who disagrees with their anti-American violence against patriotic people.” He urged his readers to donate through other channels such as Bitcoins. “We need your help desperately,” he wrote. “We must have the resources to defend ourselves and our people.”

In 2015, VDARE received nearly all of its revenue — $267,038 out of total $293,663 — from donations, according to publicly available tax return forms that the Internal Revenue Service requires nonprofits to disclose.

Brimelow did not respond to our questions, instead characterizing ProPublica as the “Totalitarian Left.”

Some sites also supplement their donations with revenue from online advertising. For instance, SonsofLibertyMedia.com, which is on the SPLC list, generated about 10 percent of its revenue — $37,828 — from advertising in 2015, according to its tax documents.

The site, which describes itself as promoting a “Judeo-Christian ethic,” and recently posted an article declaring that a black activist protesting Confederate statues needed “a serious beat down,” does not appear to attract advertisers directly.

Instead, Sons of Liberty benefits from a type of ad-piggybacking arrangement that is becoming more common in the tech industry. The website runs sponsored news articles from a company called Taboola, which shares ad revenues with it. Known for being at the forefront of “click-bait,” Taboola places links on websites to articles about celebrities and popular culture.

Taboola’s policy prohibits working with sites that have “politically religious agendas” or use hate speech. “We strive to ensure the safety of our network but from time to time, unfortunately, mistakes can happen,” said Taboola spokeswoman Dana Miller. “We will ask our Content Policy group to review this site again and take action if needed.”

Sons of Liberty founder Bradlee Dean said that he forwarded our questions to his attorney. The lawyer did not respond.

Any website can fill out an online form asking to join, for instance, Amazon’s network, and often can get approved instantly. Once a website has joined a tech network, it can quickly start earning money through advertising, donations, or content farms such as Taboola that share ad revenues with websites that distribute their articles.

Some companies, such as Newsmax, say that joining their ad network requires explicit prior approval.

But, according to a former Newsmax employee, the only criterion for this approval was whether traffic to the site reached a minimum threshold. There was no content review. Salespeople were told to be aggressive in signing up publishing partners.

“We’d put our news feed on anybody’s page, anyone who was willing to listen,” he said, “it’s about email addresses, it’s about marketing, they don’t care about ultra conservative or left wing.”

Dylan Roof frequented a website described by the SPLC as “white nationalist.” He said in a manifesto posted online that finding the website was a turning point in his life. He went on to murder nine African-American churchgoers in Charleston, South Carolina, in 2015. That year, USA Today found Newsmax ads on the site.

They no longer appear there.