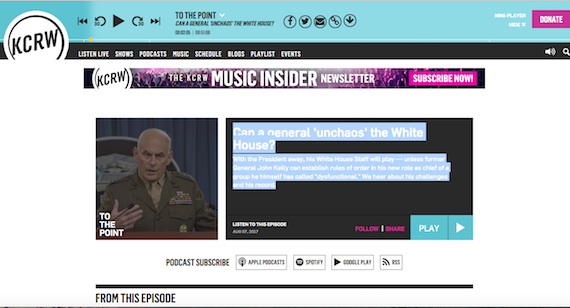 Can a general ‘unchaos’ the White House?

“With the President away, his White House Staff will play — unless former General John Kelly can establish rules of order in his new role as chief of a group he himself has called “dysfunctional.” We hear about his challenges and his record.”

Juan’s Interview on John Kelly at KCRW, Warren Olney’s To the Point:

(Click the arrow in the audio console below to listen):

To the Point Logo: 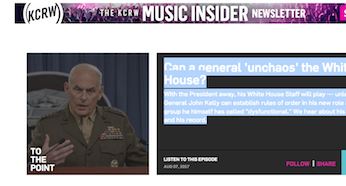