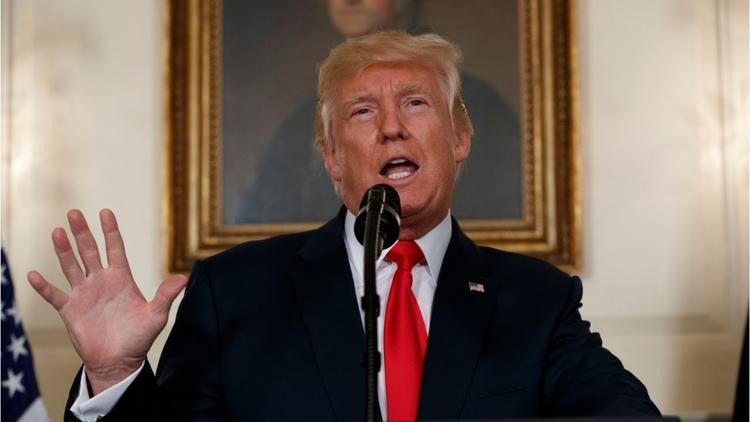 The nation of Germany gazed with helpless horror at Trump’s disastrous Tuesday press conference, in which he tried to make a false equivalency between the neo-Nazis and the counter-protesters.

That is worth repeating. Germany is one of America’s closest allies, but Germans are twice as likely to trust Putin as to trust Trump. Germans don’t have much confidence either leader, but they have a special distrust of Trump.

German Foreign minister Sigmar Gabriel said that comparing the two sides at the protests instead of clearly distancing himself from the potential for Nazism that had clearly been shown there “was a giant mistake and is also wrong.”

Minister Gabriel added that the violence in Charlottesville demonstrated what happens when you let extremist elements “run free,” and said it should be a wake up call for Europe, as well.

Gabriel concluded that it “just shows how intertwined some of Trump’s base is with the right-radical scene in the United States. His chief ideologist (Steve) Bannon is close to them.”

Gabriel is a leader of the Social Democratic Party, which is in coalition with Chancellor Angela Merkel’s Christian Democratic Union. He has however been critical of her, saying she is overly deferential to Donald Trump.

The German minister of justice, Jeff Sessions’ counterpart, Heiko Maas, said it was “unbearable” for Trump to gloss over the violence that occurred during the march of a “right wing horde” on Charlottesville.

Columnist Sascha Lobo of Der Spiegel online said of that Trump made it clear where he stood and showed himself a master at downplaying or trivializing the horror of Nazism.

Germany is still profoundly traumatized by the crimes of the National Socialists during WW II and has laws forbidding the exaltation of Nazism. My guess is that if Trump were in Germany and saying the things he said this week, he might well be arrested.