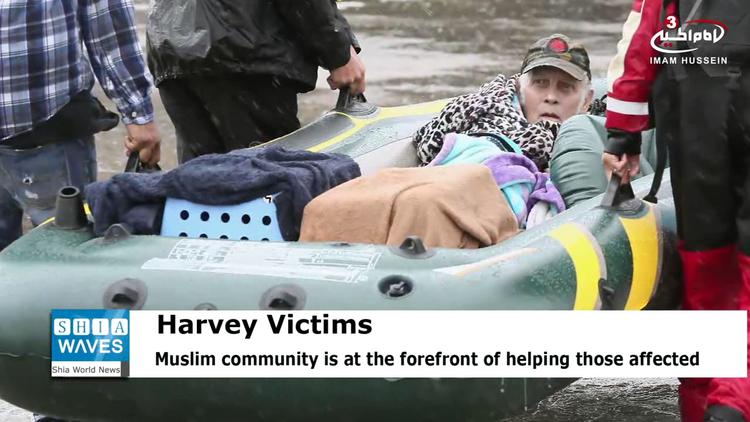 “Houston’s Muslim community is at the forefront of helping those affected by Tropical Storm Harvey, which has flooded much of the fourth most populous city in the United States. Dozens of mosques have either opened their doors for shelter, aided in rescue operations or provided goods, such as food, blankets and bottled water for those in need. “In the whole Greater Houston area, people are helping people; neighbors are helping neighbors and we are trying everything we can to help people,” said MJ Khan, the president of the Islamic Society of Greater Houston. The Islamic Society of Greater Houston represents 21 Islamic centers in the area. Khan said all types of evacuees, including a number of families, have come to find shelter at the places of worship. “Our volunteers there got together with the first responders to rescue people. Since 9/11 was inundated and were only dealing with life threatening situations, our volunteers knew where people were stranded, boated into their homes and brought them to the mosque”, Khan told Middle East Eye.”

Houston Mosques Opening Up as 24-hour Shelters for Harvey Victims