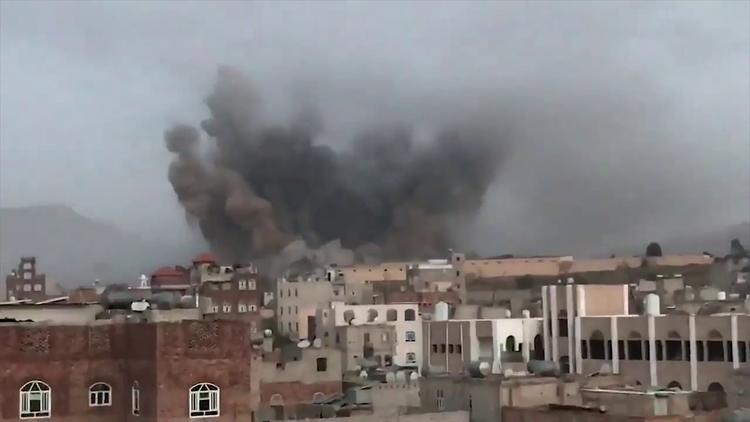 A concerted effort by the international community to resolve Yemen’s war would see considerable benefits at a small cost, yet profits, alliances, and egos are getting in the way.

On midnight, March 26, 2015, Saudi fighter jets took to the skies of Yemen, marking the beginning of Operation Decisive Storm, a military campaign with the stated aim of defeating the Houthis and restoring the government of ousted president Abdrabbuh Mansour Hadi. Gulf diplomats speaking to France 24 at the onset of the mission predicted that it would be over within one to six months. Al Jazeera published an even more optimistic time frame: “It is expected that the operation will last a few days, although Saudi Arabia declared that it will last as long as it takes to achieve its goals.”

Twenty-eight months later and the Saudi-led campaign, rebranded as Operation Restoring Hope, is no closer to achieving its goals and any guesses as to the end date of Yemen’s war have been thrown to the wind. Three months of fruitless peace talks in 2016 and rejected truce proposals have led many observers to view the conflict as intractable.

Approximately 10,000 people have been killed and 40,000 injured in the war, most of them civilians falling victim to the Saudi-led, US-backed coalition. Yemen’s infrastructure and economy has been devastated, sparking a recent cholera outbreak that has infected over 500,000 people, many of them children. Seventy-five percent of Yemen’s citizens are in need of humanitarian assistance and practically every sector of Yemeni society has been wracked by war.

The apparent hopelessness of this crisis is reinforced by the fact that most parties to the conflict benefit enough from present instability that they are unlikely to initiate a truce, but with sufficient pressure and assurances of their role in political dialogue, the war could be brought to a close.

“Right now, as it is, the war will continue because everyone is benefiting from it,” says Abbas Zaid, a Yemeni politician and former member of the Houthi movement. “Both Hadi and the Houthi military leadership are benefitting from the war monetarily and there is money in the weapons trade along with taxes on goods coming in. The ones being harmed are the civilians.”

A recent article by Chatham House’s Peter Salisbury explains, “With the front lines of the Yemen war largely static for the better part of two years, and previously marginal groups now in control of swaths of territory including lucrative trade routes, the incentives for many militia leaders point to sustaining the conflict–especially since most groups operating on the ground have not been asked to participate in Yemen’s UN-led peace process.”

Pro-Hadi forces and Houthi leaders alike have found ways to exploit the situation in Yemen. With few incentives for the major players to pursue peace, international pressure will be a requisite to bring warring parties back to the negotiating table.

For its part, Saudi Arabia will never see victory in Yemen and its coalition’s bombardment and blockade will only prolong the suffering of Yemenis. The airstrikes are rationalized as a necessary tactic to force the Houthis to make concessions–the reality, however, is that Saudi bombs are not weakening the Houthis, they are hurting civilians.

While this prolonged and expensive conflict has proven to be an embarrassment for Defense Minister and Crown Prince Mohammad bin Salman, an admission of failure at this point would be even more unpalatable.

Recently leaked correspondence between US officials and UAE ambassador Yousef Otaiba shows that Mohammad bin Salman is looking for an exit strategy.

Former US ambassador to Israel Martin Indyk responded to an email from Otaiba saying, “He [Mohammad bin Salman] was quite clear with [former security advisor] Steve Hadley and me that he wants out of Yemen and that he is OK with the US engaging Iran as long as it is co-ordinated in advance and the objectives are clear.”

Otaiba replied: “I do not think we will ever see a more pragmatic leader in that country. Which is why engaging with them is so important and will yield the most results we can ever get out of Saudi.”

It is tempting to see this sentiment as an indication that Saudi Arabia is eager to resume peace talks, but this does not mean that the conditions the kingdom requires before withdrawal are any different now than they were during last summer’s negotiations.

The Kuwait peace talks of 2016 and UN Security Council Resolution 2216 offered the Houthis a raw deal: forfeit your weapons and withdraw from seized territory before being guaranteed a role in post-war governance. Predictably, the Houthis refused and talks have not resumed since.

Whenever negotiations do resume, they will need to be paired with the guarantee of political representation for all parties. As Khaldoon Bakhail, an independent Yemeni politician and former GPC member explained in an interview, “Without having security arrangements along with political arrangements, a resolution will never happen. The two parts must be parallel.

“The Houthis, those fighting for [pro-Hadi commander] Ali Mohsen al-Ahmar, and the Islahis [Yemen’s branch of the Muslim Brotherhood]–not one of them is going to give up his gun without a guarantee that he is going to be part of the future, part of the government, that he is not going to be punished or sent to jail…I don’t know how the UN does not understand such logic.”

Many of Yemen’s activists and politicians, regardless of affiliation, agree that the country will need to form a representative government where all parties and regions can have a say in post-conflict policy making.

“It is not a matter of how we would solve it,” Bakhail says. “The solution is there, but we are missing the will of the international community, the Houthis, and the Saudis to reach peace.”

The international community’s unwillingness to push for a resolution is difficult to fathom. Aside from the clear moral imperative to end this crisis, a stable Yemen is certainly in the best interests of global powers.

The United States, which has been carrying out airstrikes against al-Qaeda’s branch in Yemen for years and considers it to be the organization’s most dangerous offshoot, should be alarmed at the degree to which this group benefits, territorially and monetarily, from the ongoing war.

European countries, already struggling with an influx of refugees from Africa and the Middle East, will need to make a push for peace in Yemen if they want to minimize the number of migrants arriving on their shores. Until now, relatively few Yemenis have managed to escape the conflict–partly due to a strict blockade, but also because they simply do not have the means to travel. As Yemen becomes increasingly unlivable, however, many citizens will be forced to flee.

Despite its complex appearance, Yemen’s conflict is a resolvable one in which all parties have grown stubborn and settled into their roles, none willing to initiate a balanced dialogue that would see a reduction of their power in return for the country’s stability. If international and regional players can leverage their influence on Hadi’s government and Saudi Arabia while offering assurances that the Houthis and marginalized parties will have rights and representation in a post-conflict Yemen, the country will have a shot at peace.

Hannah Porter is an independent researcher and journalist focused on Yemen and the Gulf. She is also a Master’s student at the University of Chicago’s Center for Middle Eastern Studies.