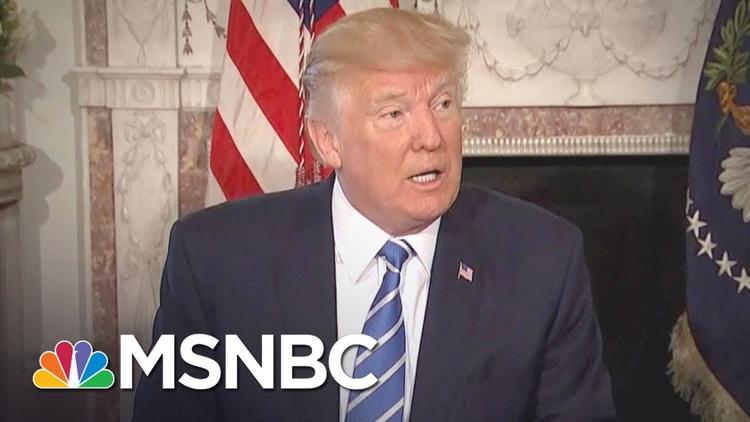 If you were away from news on Friday, you might like to know that in addition to hot wars in Afghanistan, Syria, Iraq and Yemen (and maybe Somalia and Libya), the Trump administration talks as though it is on the brink of opening new fronts in Venezuela and North Korea (is this what Anthony Scaramucci meant by front-stabbing?)

I wish I could reassure you that Trump is all talk and there isn’t any likelihood of his bluster actually leading to real-world action. But he is the president and things can spin out of control unexpectedly because of some hothead’s speech. Gamal Abdel Nasser’s bombast in spring of 1967 probably helped (along with Moshe Dayan’s itchy trigger finger) provoke the Six-Day War. Egypt was bogged down in Yemen and did not have the capacity actually to take on Israel at that point, besides which the Soviet Union, Egypt’s then Sugar Daddy, had sternly forbidden it. But Abdel Nasser’s rhetoric, helped along by Dayan’s opportunism, spun out into a brief, epochal war that destabilized the Middle East right to today. It was the defeat of secular Arab nationalism by Israel in 1967 that began the stampede to Muslim fundamentalism as an alternative.

Donald Trump never served in the military and it is not clear he has ever fired a gun.

His garish posturing about US weapons being “locked and loaded” with regard to North Korea and his repeated threats of hot war against Pyongyang if baby Dictator Kim Jong-un doesn’t stop trash talking the US just makes him and the country a cartoonish caricature.

Like W. before him, he is just mouthing things he saw in old John Wayne movies. In fact, the phrase “locked and loaded,” a favorite in 1950s Hollywood, refers to the Garand M1 rifle, which had a bolt that had to be pulled back and locked before the clip was inserted, then it would automatically spring forward after being loaded.

The Garand was used by US troops in WW II and the Korean War (ironically enough) but began being superseded in the mid-1960s and is no longer in use.

Let me just repeat that. There is no weapon in the US arsenal today that is locked before being loaded. The phrase is an anachronism, like Trump himself, with his 1960s Rat Pack self-image (for which he is too fat and too inarticulate).

Tom Engelhardt was among the first cultural critics to point to the importance of childhood 1950s games and fantasies like cowboys and Indians for America’s real world warmongering. Of course the great WW II movies of the post-war era were part of that imaginary.

I don’t know if younger readers even know who John Wayne was. He was a B movie actor with limited range who hated the left with a passion, who often pretended to be a cowboy.

In like 1866-1886 cattle used to be herded by “cowboy” ranch hands from Santa Fe over the open range up Kansas on the hoof for shipment to the slaughterhouses of Chicago, before the railways were extended and the cowboy way of life collapsed. It was just a 20 year period, and entailed a fair amount of lawlessness and unpleasantness, but it seems to have permanently afflicted our country, as a sort of polio of the mind, with morally crippled metaphors of unbound masculinity and seething menace.

The real cowboy era isn’t as important for today’s political purple prose as the Hollywood cowboy of the 1930s through the 1960s. It was like a seed bed for right wing politics. Ronald Reagan played in “Death Valley Days” (I remember watching him in it). Clint Eastwood piled up bodies in spaghetti Westerns long before he fell to addressing empty chairs on a political stage. George W. Bush announced his intention to disregard the Constitution and the rule of law when he said that alleged al-Qaeda members were “Wanted Dead or Alive” — a reference to the bills posted for bounty hunters in the Old West, which surely were unconstitutional if phrased that way since they amounted to a Bill of Attainder. A fugitive could be killed by law enforcement in self defense, but you can’t just shoot down someone because they are on a wanted list.

But let’s face it, this cowboy rhetoric is intended to cut through constitutional issues and deliberative government the way a hot knife cuts through whipped cream.

America needs a new self-image, and probably more to the point, a new conception of masculinity, that doesn’t involve whipping poor beasts and driving them haggard over a thousand miles while casually engaging in drunken gun play and injuring the rights of settled homesteaders and Native Americans. And as for the Korean War, the US public has never come to terms with the atrocities our side perpetrated during it, or the scale of the loss of life. This amnesia is why Americans cannot imagine what North Korea has against us.