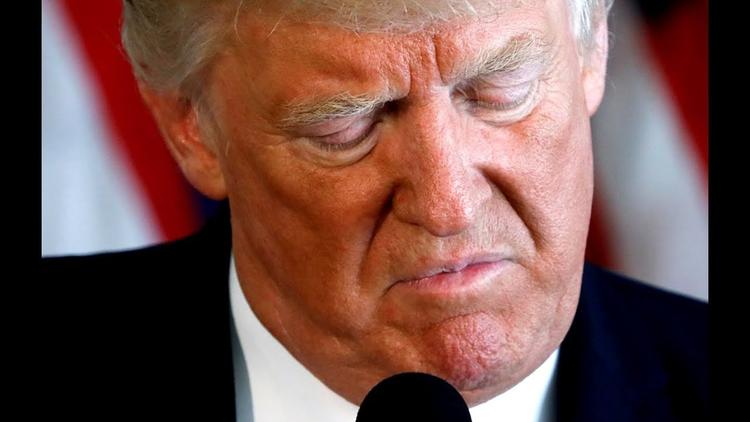 When Donald Trump was vying for the Republic nomination, and even more so after he won the nomination and was running for office, some of his most alarmed critics compared him to Adolf Hitler. These claims were not restricted to the American fringe (in all of its wide variety) but appeared in mainstream publications. Among these making the comparison were Vincente Fox, the former President of Mexico and Cher, the pop singer.

In “Lessons from Hitler’s Rise,” an April 2017 article in the New York Review of Books, historian Christopher Browning, reviewing a recently published biography of Hitler, noted that “in early 2017 it is impossible for an American to read this book outside the shadow cast by our new president.” Rejecting simplistic comparisons between the lives of Hitler and Trump, Browning wrote that “In war as in childhood, Hitler and Trump could not have had more different experiences.” What can be compared , in Browning’s opinion, are the political perceptions of many disaffected citizens in Weimar Germany and Trump’s America. In both cases, anger, resentment, and discontent fuel the disaffected.

To my mind the wittiest riposte to the Trump-Hitler comparison came from an unexpected quarter, the pen of American Jewish novelist Shalom Auslander, who wrote in the Washington Post that “Hitler was a psychopath. Trump is just a con man. Hitler had some opinions, he had some plans. They were monstrous and evil . . . but I don’t recall Hitler flip-flopping”

Today, in the wake of the events in Charlottesville and Trump’s comments on those events, it seems that the president has both opinions and plans – though his manner of expressing the former and implementing the later are still confusing to both his supporters and his opponents. Many of those opponents fear that we are witnessing the rise of fascism of a particularly American type. If this is so, the rise of European fascism in the first three decades of the last century can offer us some important lessons.

These lessons are about structure and process, rather than about personality. The demonstrations and counter demonstrations at Charlottesville, and Trump’s remarks about the “two sides,” remind me of Joseph Goebbels remarks about the streets of Berlin. “Whoever can conquer the streets, can conquer the masses, and thereby conquers the state.” Goebbels said this in 1926, seven years before the Nazi assumption of power and his appointment as Hitler’s Minister of Propaganda. The street fighting that Goebbels’ was referring to was the increasingly violent brawling between Fascists and Communists. At the time, the members of the Left far outnumbered the members of the Right. But the Right united under the Nazis while the Left splintered into many factions.

Other pundits have compared Trump to Benito Mussolini, the Italian Fascist dictator. And Trump gave this speculation some juice when he retweeted a remark attributed to Il Duce: “It is better to live one day as a lion than 100 years as a sheep.” When informed that the quote was Mussolini’s, Trump said, “I didn’t know who said it, but what difference does it make if it was Mussolini or somebody else – it’s a very good quote.”

In a more serious appraisal of the Trump – Mussolini comparison, historian of fascism Anis Shivani noted that “There were always more assertive fascists around than Mussolini – but he was able to keep them in check. He was a master at playing one competitor against the another, exploiting their vulnerabilities to stay in power.”

We won’t find exact parallels between 1926 Berlin and the US in 2017– or exact parallels between Mussolini, Franco, and Hitler in Twentieth Century Europe and Trump in Twenty First Century America. But the emerging dictator who can “play one competitor against the other” is a figure that characterizes the tyrannies of both the Right and the Left.

In those tyrannies a leader emerges who exerts a seemingly irresistible fascination for millions of people emerges. In the next stage of fascism’s development the dictator’s henchmen – and in today’s world – henchwomen– are allowed to conduct their struggles for power in full view of the public. The dictator, now firmly in power will see to it that the most effective and persuasive of contenders will triumph.

That is the stage that we seem to be in now. How else to explain the constant shuffling of musical chairs in the White House staff? Bannon, Scaramucci, Priebus, Spicer, Flynn, are but five of over a dozen staffers– at various levels of authority— who have left the White House since Inauguration Day.

Like Trump’s appointees Hitler’s lieutenants were allowed to fight it out in public. Writing in the 1930s the German Jewish journalist Bella Fromm observed that “There is nobody among the officials of the National Socialist party who would not cheerfully cut the throat of every other official in order to further his own advancement. Hitler likes it that way. Keeps them on their toes. Also, he apparently thinks that a man who has the ability to fight his way through may be of use to him.”

Am I suggesting that one sinister figure manipulated the current chaos, as the chaos in Weimar Germany was manipulated ? It is difficult to say who that might be, though I’m sure that the conspiracy theorists have many suggestions. Rather, I’m suggesting that a process of ‘organized chaos’ is at play, a process from which the most manipulative and repressive of Trump’s lieutenants will emerge with even more power. And with that consolidation, Trump, or his replacement, will be even more effective as the leader emerging from American chaos.

The Majority Report with Sam Seder:
“What Democrats Should Be Focused On After Trump’s Nazi-Sympathizing”