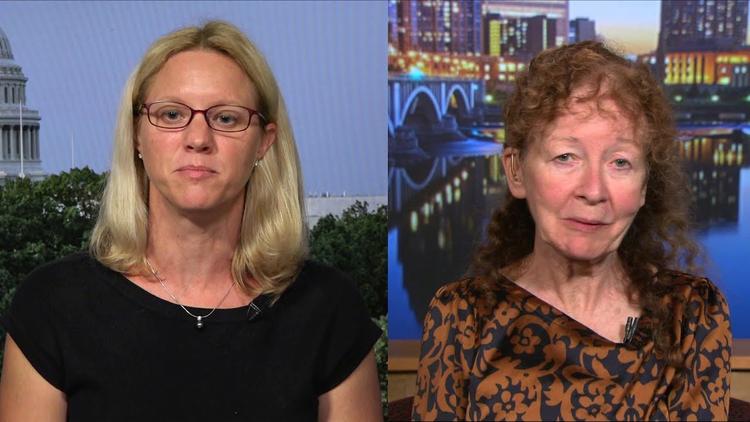 On my first reporting trip to Afghanistan, I was surprised to find that so many people supported the US invasion. They loved President George Bush because he got rid of the hated Taliban regime. But when I asked what should the US do now, most answered “go home.” That was in January 2002, just three months after the US invasion.

Almost 16 years later, the US remains in Afghanistan and President Donald Trump just announced plans to send yet more troops to what I consider a losing occupation. The war has resulted in tens of thousands of civilian deaths, killed more than 2,400 US soldiers, and will cost an estimated $2 trillion, including veterans’ benefits.

Trump plans to send 4,000 more troops to bolster the corrupt regime installed by the US in the first place. Matthew Hoh, a former State Department official in Afghanistan, told me Trump used fear mongering about terrorist attacks to justify the escalation.

“How is keeping tens of thousands of US troops in Afghanistan going to stop someone from driving a van at people in Barcelona?” he asked.

The anti-war movement in the US sharply criticized the escalation and called for withdrawal of US and all foreign troops.

Medea Benjamin, co-founder of the women led peace group Code Pink, told me she thinks that Trump plans a permanent occupation of Afghanistan.

“Sending more soldiers in an unwinnable war is just not right,” she told me. “Pouring more resources into the black hole of Afghan corruption is not right.”

But what would happen if all foreign troops actually pulled out?

That question troubled Santwana Dasgupta, who led a NGO helping women in Afghanistan.

“These groups like Code Pink call for immediate withdrawal of American troops from Afghanistan,” she said. “But what about the US responsibility for developing Afghanistan?”

She argued that immediate withdrawal of troops would lead to a collapse of the Afghan government and triumph of the Taliban, setting back whatever progress had been made by Afghan women. Instead, she said, the peace movement should demand a genuine development strategy, a focus on improving the lives of civilians, and maintaining enough US troops to train the Afghan military and police.

That conversation took place in 2009. I disagreed with her views at the time because the US was never interested in Afghan women. It funded development programs only insofar as they helped bolster support for the military occupation. As for training the Afghan Army to win the war, in 2010 the Obama administration stationed 100,000 troops to Afghanistan but was unable to defeat the Taliban.

Even with the addition of Trump’s 4,000 troops, the US will have about 12,500 soldiers in country. Exactly what will they accomplish where 100,000 failed?

Code Pink’s Benjamin agreed the US has an obligation to help rebuild Afghanistan.

“The US government should commit money for reparations and development,” she said. “The US should spend money on the real needs of Afghan people and not blowing them up.”

“As a feminist I hate to say it,” she continued, “but we have to negotiate with Taliban. That’s the only way the war will end.

They are Afghans and we are not. It’s critical to have a political settlement now that there’s ISIS in Afghanistan.”

The Bush administration waged war on Afghanistan under false pretenses, and the lying continued through Republican and Democratic administrations.

The US officially invaded Afghanistan in retaliation for the 9/11 attacks on the World Trade Center and Pentagon. The Taliban had allowed Al Qaeda to operate in its territory, but the Afghan government was unaware of the 9/11 plans.

“No Afghans were involved in 9/11,” noted former State Department official Hoh. “The attacks were planed outside of Afghanistan. And the Taliban had no connections to the post 9/11 attacks such as those in London and Madrid.”

The US had long wanted to build a natural gas pipeline through Afghanistan. In 2010 the Afghan President Hamid Karzai signed a deal to participate in a $7.6 billion, 1000-mile pipeline that would go from Turkmenistan through Afghanistan and into Pakistan, bypassing Iran, the US enemy du jour in the region.

The pipeline never got built, however, due to war and instability.

And that helps explain why Trump shifted from his neo-isolationist positions calling for an end to the war to his latest, neo-conservative interventionist policies.

The tip off came when Trump appointed three pro-interventionist generals to top defense and security positions within his administration.

Secretary of Defense James Maddis and Chief of Staff John Kelly are former Marine Corps generals. National Security Advisor H.R. McMaster was, until a few months ago, a Lt. General in the US Army.

“They understand America to be an empire,” Hoh said. “It’s a matter of guarding the empire. They see themselves as legionnaires.”

Ancient Rome’s rulers secured their base at home by controlling the outer reaches of the Empire in what is modern day Germany and Britain. Until they didn’t.

Every empire eventually collapses, although I doubt Rome’s leaders saw it coming until the very end. Trump doesn’t see it coming either.

The lack of political support and the outrageous costs mitigate against permanent militarily occupation of countries such as Afghanistan, Iraq, or Syria.

But small scale troop escalations can’t win the war either.

“It means continual war,” said Hoh, “and it won’t be successful.”

Oakland-based journalist Reese Erlich has been a foreign correspondent for more than 40 years. Follow him on Twitter @ReeseErlich, on Facebook Reese Erlich Foreign Correspondent and visit his home page The Official Website of Reese Erlich

Reprinted with author’s permission from 48Hills