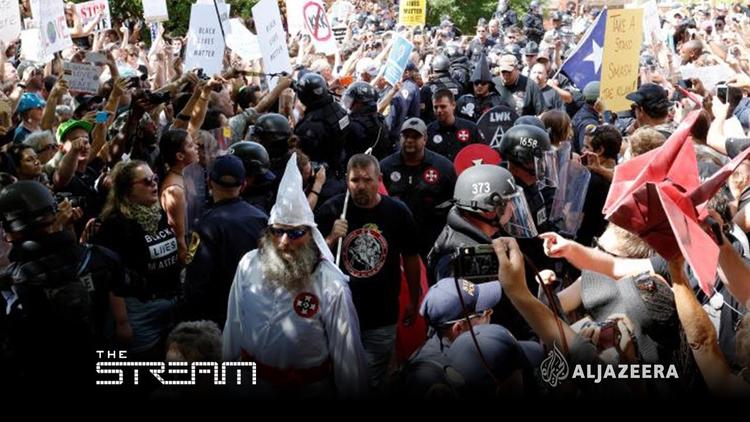 Extremism has always been with us, but the internet has allowed ideas that advocate hate and violence to reach more and more people. Whether it’s the deadly “Unite the Right” rally in Charlottesville or the 2015 Charleston church massacre, it’s important to understand the internet and social media’s role in spreading extremism – and what can possibly be done to prevent these views from leading to actual violence.

For six years, I’ve been director of the Center for Peace Studies and Violence Prevention at Virginia Tech, which researches the causes and consequences of violence in society. While I’ve been studying extremist ideologies for over a decade, I’ve focused on its online forms since 2013. From our research, we’ve been able to track the growth of these views on the internet – how they’re spread, who’s being exposed to them and how they’re reinforced.

The First Amendment allows us to express any ideas, no matter how extreme. So how should we define extremism? On the one hand, it’s similar to Supreme Court Justice Stewart’s famous quote about pornography – “I know it when I see it.”

Extremism is generally used to describe ideologies that support terrorism, racism, xenophobia, left- or right-wing political radicalism and religious intolerance. In a way, it’s a political term describing beliefs that don’t reflect dominant social norms and that reject – either formally or informally – tolerance and the existing social order.

Extremist groups went online almost immediately after the internet was developed and their numbers increased dramatically after 2000, reaching over 1,000 by 2010. But the data on organized groups don’t include the sheer number of individuals who maintain websites or make extremist comments on social media platforms.

As the number of sites spewing hate has grown, so have recipients of the messages, with younger people particularly vulnerable. The percentage of people between the ages of 15 and 21 who saw online extremist messages increased from 58.3 percent in 2013 to 70.2 percent in 2016. While extremism comes in many forms, the growth of racist propaganda has been especially pronounced since 2008: Nearly two-thirds of those who saw extremist messages online said they involved attacking or demeaning a racial minority.

In recent years, the proliferation of social media – which gives users the ability to reach millions instantaneously – has made it easier to spread extreme views.

But it is in more subtle ways that our online experiences may amplify extremism. It’s now common practice for social networking sites to collect the personal information of users, with search engines and news sites using algorithms to learn about our interests, wants, desires and needs – all of which influences what we see on our screens. This process can create filter bubbles that reinforce our preexisting beliefs, while information that challenges our assumptions or points to alternative perspectives rarely appears.

Every time someone opens a hate group’s website, reads its blogs, adds its members as Facebook friends or views its videos, the individual becomes enmeshed in a network of like-minded people espousing an extreme ideology. In the end, this process can harden worldviews that people become comfortable spreading.

While most people who express extremist ideas do not call for violence, many do. In 2015, about 20 percent of the messages people saw online openly called for violence against the targeted group; this number nearly doubled by 2016. Granted, not everyone who sees these messages will be affected by them. But given that the radicalization process often begins with simply being exposed to extremism, government authorities in the U.S. and around the world have been understandably concerned.

The role of social control

While all of this seems bleak, there is hope.

First, companies such as GoDaddy, Facebook and Reddit are banning accounts associated with hate groups. Perhaps more importantly – as we saw during and after Charlottesville – people are defending diversity and tolerance. Over two-thirds of our respondents report that when they see someone advocating hate online, they tell the person to stop or defend the attacked group. Similarly, people are using social media to expose the identities of extremists, which is what happened to some of those involved in the Charlottesville rally.

Perhaps these acts of online and offline social control can convince extremists that, somewhat ironically, a tolerant society doesn’t tolerate extremist ideologies. This may create a more tolerant virtual world, and, with luck, disrupt the radicalization of the next perpetrator of hate-based violence.