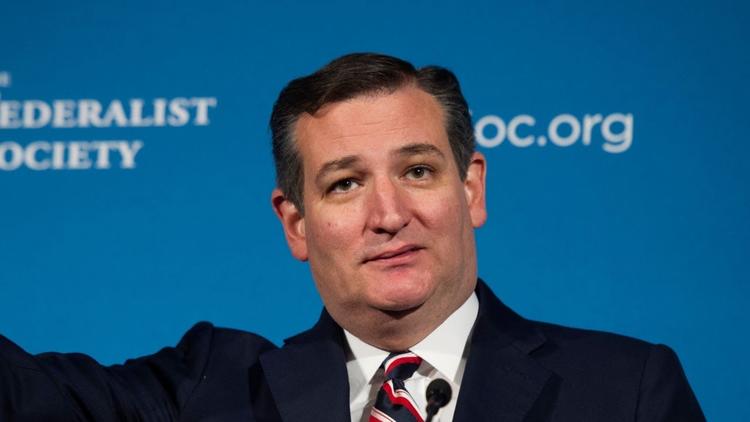 Ted Cruz, who voted against a relief package for states impacted by Hurricane Sandy, urged President Trump on Friday to quickly deliver aid to Texas

When Hurricane Sandy slammed New York, New Jersey, and a number of other states in 2012, Ted Cruz and more than 20 of his fellow Texas Republicans voted against an emergency aid package devoted to the areas devastated by the storm. Now that Hurricane Harvey is currently ravaging their own state, however, many of these same Republicans are changing their tune.

The two letters were quickly highlighted by lawmakers and commentators as shamelessly hypocritical.

“The devastation of Hurricane Harvey has two-faced Texas politicians looking for the same sort of relief funding they flatly opposed five years ago,” noted Larry McShane of the New York Daily News. “Cornyn and Cruz were among the 39 Republican senators to oppose the [Hurricane Sandy aid] package, along with 179 GOP members of the House. Republican senators further delayed the vote by trying to offset the aid with budget cuts.” Many of these senators, as ThinkProgress reported, had previously backed emergency aid packages after disasters struck their own states.

The relief was ultimately passed by Congress, 91 days after Hurricane Sandy struck.

In a column for the Los Angeles Times on Monday, Michael Hiltzik underscored the hypocrisy of Cruz, Cornyn, and others, and concluded that there was a common ideology underlying every vote against Sandy relief: “climate change denial.”

“[V]irtually every lawmaker who voted against the package had also denied or expressed extreme skepticism about climate change, even though it may well have magnified the impact of of the storm on low-lying districts, and may well have contributed to the devastating potency of Hurricane Harvey,” Hiltzik writes.

This climate denialism, combined with a decline in “regional cooperation,” is “a particular danger today, when the possibility—nay, probability—of future devastation from climate change, not to mention other natural occurrences, is staring us in the face,” Hiltzik concluded.

As for who will vote against aid to Texas, Hiltzik writes: “We’ll know soon enough. The bills for Harvey will be coming due very, very soon.”