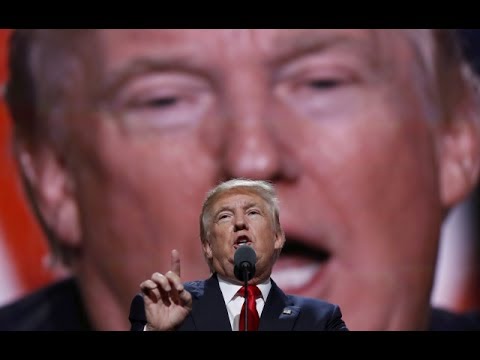 Daily headlines suggest we could soon be experiencing a genuine constitutional crisis. We’ve learned that White House lawyers are exploring if the President can pardon himself and fire the Special Prosecutor looking into the Russia issue, so there is no better moment than now to consider parallels between our own current context, and abusive dynamics that existed in Latin America during their periods of dictatorship. Paraguay, the subject of my book on authoritarianism and popular resistance (Land and Dignity in Paraguay), offers a useful case in point.

1. Corruption is a tool to consolidate power through complicity.

Several years after his exile in Brazil, General Stroessner, Paraguay’s dictator for decades, noted the following to a journalist: “it is necessary to foment criminality, because criminality produces complicity and complicity produces loyalty.” Some may conceive of corruption as a byproduct of greed. True—but this view overlooks another truth: the criminal aspect of corruption is a tool of leverage that regimes can use to compel others to fall in line.

That’s why it matters that Donald Trump Jr.’s recently published emails, in which he seeks dirt from a U.S. enemy on his father’s opponent, also included Paul Manafort (former Trump campaign manager) and senior White House advisor and son-in-law, Jared Kushner. It matters that details of all of this were revealed to Sen. Majority Leader McConnell and Speaker of the House Ryan. Corruption is contagious, and the more the rot spreads, the more it can be used to enforce party discipline. Will what we’re seeing now lead to the rule of law being upheld or further consolidation of power by the Trump family? That depends on what the American people demand.

2. When the left is not united, people get hurt.

The regime of Gen. Stroessner lasted longer than any other dictatorship at the time, almost outlasting the totalitarian regime of North Korea. One reason was divisions among the left, in particular the democratic left in Paraguay, and the more militant Marxists. This should sound familiar. The result of the division was the continued consolidation of power by a regime that used torture and disappearances as political weapons.

3. It’s the regime, not just the leader.

Stroessner’s regime fell in 1989 when he was ousted in a palace coup. While major constitutional reforms have been undertaken, Stroessner’s Colorado Party continues to wield much power. They have consistently worked to undermine democratic consolidation, long after Stroessner himself was gone. If President Trump was impeached tomorrow, the racial and economic inequalities, divisions, corruption and gerrymandering which helped him to his narrow Electoral College victory would still be in place. Addressing those underlying factors is the long game.

I hear it debated sometimes whether the left in the U.S. needs a third party (i.e. Berniecrats) or if the left and the center-left can find unity under one big tent. Yet this debate hardly matters. Let’s say a viable (on the ballot in all fifty states) third party emerged. We will still need to build coalitions and make compromises to wield any power. There is no “get out of collaboration free” card.

This means inclusive participation, access to lawmakers, debate, compromise, and transparency. Foreign interference in elections, gerrymandered Congresses, voter suppression, lack of debate, threatening a free press, lack of dialog, low election turnout and other ills continue to erode our democracy. I also hear stray wishes for a coup or revolution, but rarely have such means produced stable democracies long term. Violence is not a tool that can be controlled the way that those promoting it promise. There is no short cut. Democratic means are what produce democratic ends.