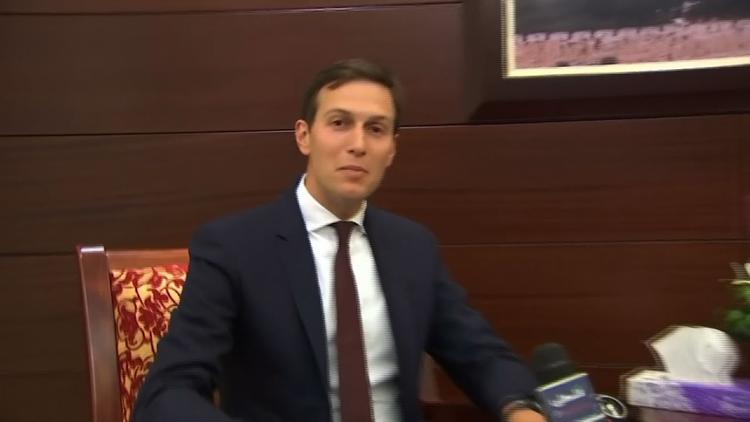 The U.S. delegation led by Kushner expressed openness to the two-state solution while refusing to commit to the 1967 borders, according to diplomatic sources who spoke to international Arabic newspaper Al-Hayat.

A U.S. delegation headed by President Trump’s adviser and son-in-law Jared Kushner told Palestinian President Mahmoud Abbas, this week, that “stopping settlement construction is impossible because it will cause the collapse of the Netanyahu government.”

The U.S. delegation, including envoy Jason Greenblatt and Deputy National Security Adviser for Strategy Dina Powell, met with Abbas on Thursday during their regional trip, which aimed at kick starting a new round of peace negotiations.

According to the report, the delegation expressed openness to the two-state solution while refusing to divide the borders of these countries within the 1967 borders, a determination which the delegation said should be left to direct negotiations between Israel and the Palestinians.

Abbas, who demanded that the United States explicitly state that the purpose of the negotiations is to reach a two-state solution along the 1967 lines, also asked the delegation to ensure economic freedom for the Palestinian Authority in Area C, which includes 60 percent of the total Palestinian territory.

He requested unrestricted exports and imports, and ask to amend the Paris Protocol agreement which defines the economic relationship between Israel and the PA, PNN reports.