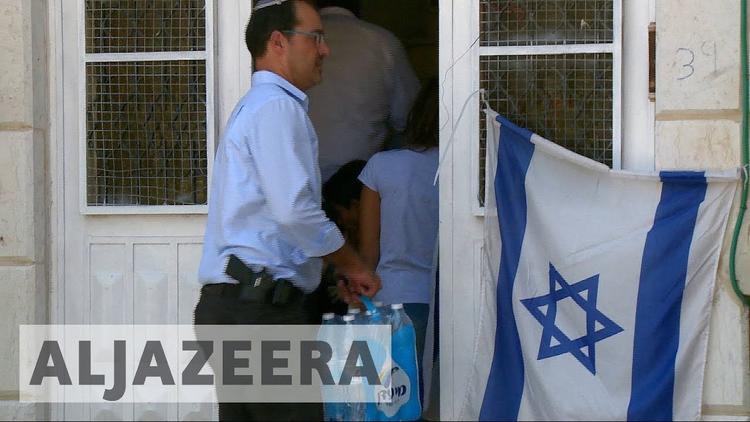 Israeli illegal settlement activities in Occupied Palestine have skyrocketed in recent months, almost tripling in 2017 compared to the number in the same period last year, according to a newly published report from the Palestinian National Office for the Defense of Land and Resistance of Settlement.

The report reveals the striking extent to which occupation authorities under Israeli Prime Minister Benjamin Netanyahu have escalated support to Israeli settlements — which are considered illegal under international law and even Israeli law — while allowing the expansion of illicit settlements built on privately-owned Palestinian land, which is considered unconstitutional by the occupation authority’s courts.

In a clear pattern of defiance against international public opinion, Netanyahu has plowed forward with the plunder and pillaging of land belonging to the Palestinian people. On Thursday, Netanyahu bragged of his administration’s support for the illegal activities while laying the foundation stone for a new 1,000-home district in the city-sized illegal settlement Beitar Illit south of Bethlehem, where 50,000 Zionist settlers live.

“No other government has done as much for settlement in the land of Israel as the government which I lead,” Netanyahu said, referring to the biblical term for Palestine. “Our generation has succeeded in achieving what past generations only dreamed about … We have returned to our home land, and have turned it once again into a land of milk and honey.”

The visit was the first major settlement inauguration in eight years — which settlers have credited to U.S. President Donald Trump, whose administration has provided unparalleled support for the Israeli settler-colonial project.

The Palestinian report, connected to the Fatah Movement-aligned national office, cited the visit as proof of the Israelis’ disregard for the international community’s condemnation of settlement activity.

In spite of increasing international consensus regarding the illegal nature of Israel’s settlements and the egregious human rights violations undertaken to enforce the occupation, the United States has also remained steadfast in supporting Israel.