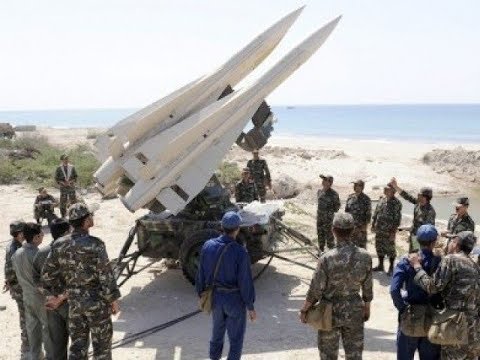 The warmongers in the Trump administration (you didn’t fall for that isolationism scam did you?) have been exploring ways to blow up the Iran nuclear deal, which Trump has repeatedly castigated as “a very bad deal.”

One ploy they’ve fixed on is to demand inspections of the Parchin military base, on the pretext that nuclear-related experiments are going on there, and not being inspected by the UN’s International Atomic Energy Agency. The Nuclear Non-proliferation Treaty exempts military bases from such inspections, at American and Soviet/ Russian insistence. So Iran has no treaty obligation to allow inspections of its military bases.

The Iran deal was in fact much more favorable to the US and the Security Council than to Iran. Iran had to give up a great deal, and all it got in return was a lifting of UN economic sanctions (the US Congress has actually made US sanctions on Iran *more* severe in the wake of the agreement; the US is about 22% of the world economy).

What the deal did was to close off all the pathways to an Iranian nuclear bomb. Iran had to severely limit the number of centrifuges it runs. It had to destroy stockpiles of uranium enriched to 19.5%. It had to mothball and brick in a heavy water reactor, since heavy water reactors are easier to use to build up and harvest fissile material from the rods. It had to allow IAEA inspections of its nuclear facilities to ensure that no plutonium signatures can be detected.

There is nothing going on at the Parchin military base that contravenes any of these responsibilities, and Iran has no duty under either the NPT or the 2015 deal to allow such inspections. Moreover, the IAEA thinks the demand is daft.

So the International Atomic Energy Agency certified this week that Iran is in compliance with the deal.

Its members pointed out that Parchin has already been inspected, in 2015. One evinced suspicion of Trump’s motives, observing, “We’re not going to visit a military site like Parchin just to send a political signal . . . If they want to bring down the deal, they will . . . We just don’t want to give them an excuse to.”

The IAEA said that Iran does not have more than the 661 pounds of low-enriched uranium allowed by the 2015 Joint Comprehensive Plan of Action (JCPOA).

There are no banks of centrifuges at the Parchin military base and there is no stockpile of low-enriched uranium (which anyway is only useful for fueling reactors at power plants to make electricity). The US has Parchin under satellite surveillance, and there would be ways of telling if it were using a lot of water and electricity, both necessary for the kind of nefarious activities that Nikki Haley is alleging occur there.

Haley is from India, which developed a nuclear weapon, and represents the United States, which has a large stockpile of nuclear warheads, so it is a little funny to see her beating up Iran, which doesn’t have a bomb and whose religious leader says such weapons are forbidden by Islamic law.

The only reason that the Trumpies are demanding inspections of Parchin is that they know Iran will reject the demand. It is a sort of ultimatum, and the point of an ultimatum is to provoke a war.

The Iran deal was signed by Russia, China, Britain, France, the US, and Germany as an informal representative of the European Union. Only one of the signatories is making trouble now, despite continual certifications of the experts that Iran is in compliance. That country is the US, which has a history of coup-making, invasions and occupation in the Middle East.

Press TV: “US calls for access to Iran’s military bases”